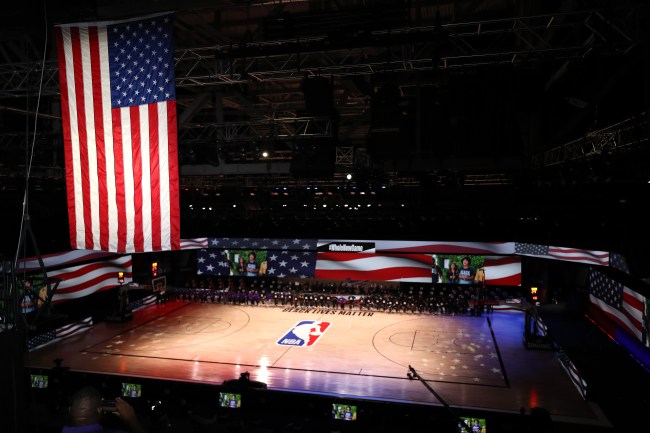 The NBA has officially been back for nearly a week and President Trump is already taking shots at the league.

So far during the NBA season restart only two players, Meyers Leonard and Jonathan Isaac, have stood during the anthem which led to the President sending this tweet.

People are not happy that players are not standing for our National Anthem!

On Wednesday morning the President continued his attack on the NBA and criticized players for kneeling by calling them “disgraceful.”

I think it’s disgraceful. We work with (the NBA), we worked with them very hard trying to get open. I was pushing for them to get open. Then I see everybody kneeling during the anthem. That’s not acceptable to me. When I see them kneeling during the game, I just turn off the game. I have no interest in the game. Let me tell you this, plenty of other people out there, too.”

Trump went on to mock the NBA’s ratings during the restart which haven’t been great.

It seems like the kneeling debate isn’t going to go away anytime soon.