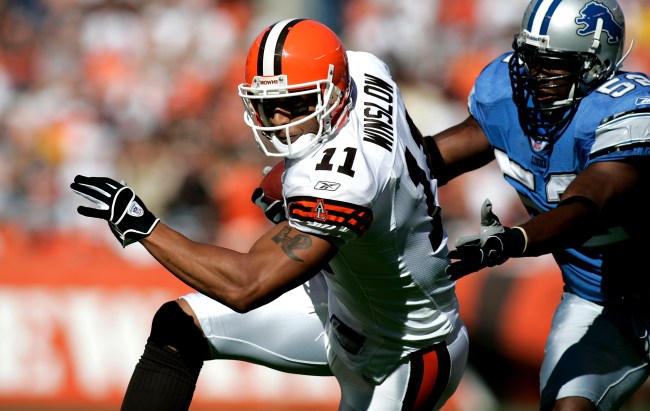 What is it with NFL tight ends who attended Florida universities? First, we had Aaron Hernandez from the University of Florida getting arrested for murder in 2013, and then we had Kellen Winslow II from The U – and son of an NFL Hall of Famer – who was arrested for drug possession, first degree burglary, lewd conduct, indecent exposure, battery of an elder, willful cruelty to an elder, sexual battery, kidnapping and rape during the years 2014 to 2019.

Winslow, who former teammates revealed had such disgusting sexual habits that it made him a nightmare to share a room with, pleaded guilty to raping an unconscious teen and sexual battery on a 54-year-old hitchhiker this past November.

Now, a San Diego prosecutor is seeking the maximum sentence allowable – 18 years – in the punishment phase of the legal proceedings.

Winslow’s sentence will fall somewhere between 12 and 18 years in prison is a major step down from the life sentence he could have received if he had gone to trial and been convicted of multiple counts of rape.

In June of 2019, Winslow, who played for the Browns, Buccaneers, Patriots and Jets during his 10-year NFL career, was previously found guilty of raping a homeless woman in Encinitas, California and could have been convicted for the rape of an unconscious 17-year-old girl if he had not accepted a plea deal. The female hitchhiker in the sexual battery case claimed Winslow raped her as well.

According to USA Today, San Diego County Deputy District Attorney Dan Owens is “is asking for eight years each for the two rapes, one year for felony sexual battery of a 54-year-old hitchhiker in 2018 and one year combined for two misdemeanor sex crimes involving two different women, both older than 57.”

“In addition to the facts underlying the crimes themselves, perhaps equally indicative of (Winslow’s) callousness and utter disregard for the safety and well-being of his victims is that (Winslow) committed these attacks despite the fact that he came from a supportive family and had a family of his own,” Owens wrote. “(Winslow) committed these despicable crimes despite being afforded every advantage in life, and he selected victims who came from much less fortunate backgrounds.”

“The People strongly urge the court to impose the maximum sentence prescribed by law,” Owens wrote in his 12-page written argument.