Qatar World Cup Will Have ‘Zones’ Where Fans Can ‘Sober Up’, Which Sounds Like A BLAST 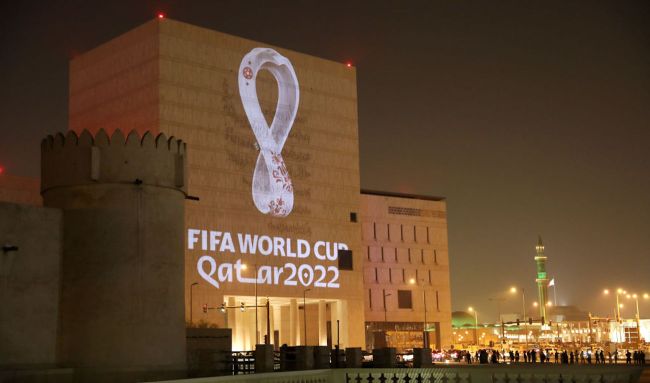 Earlier this week, we brought you the story of former NFL wide receiver Chad Johnson — who is a huge soccer fan and therefore will be one of Fox Sports’ analysts for the 2022 World Cup — finding himself in some hot water at the Qatar airport for engaging in a public display of affection, which is illegal there.

“I just got reprimanded (warning) in Qatar for showing display of affection in the airport, had no idea it was frowned upon, people had me nervous like I was going to jail,” Johnson tweeted.

That story came just a few days after a terrifying infographic published by Qatar — that details all of the Western customs that are illegal there — a few years back went viral. And THAT all came just a few weeks after photos from some of the Qatar facilities made the upcoming World Cup look like Fyre Fest.

Long story short: the upcoming Qatar World Cup has all of the recipes to become an unmitigated disaster if international travelers aren’t incredibly careful.

And in case the event didn’t already sound like a nightmare, Qatar’s World Cup chief Nasser Al Khater recently announced there will be “special zones” at the tournament that will be used to allow football fans to sober up, presumably before returning to their respective hotels. So, basically, if you’re spotted being too drunk, you’ll be detained until you’re sober.

The sale of alcohol in Qatar will move from hotel bars to fan zones and outside stadiums during the World Cup, which runs from Nov. 20 to Dec. 18. Qatar is a predominantly Muslim country where public drinking is restricted, and it has decided to control public drunkenness by ensuring there is an alternative to arrests or jail time.

“There are plans in place for people to sober up if they’ve been drinking excessively,” Al Khater, who is chief executive of the supreme committee, told Sky News. “It’s a place to make sure that they keep themselves safe, they’re not harmful to anybody else.” [via ESPN]

The 2022 World Cup will begin on Sunday, November 20, and will conclude on Sunday, December 18. Perhaps most excitingly, the United States National Team is set to face off against England on Friday, November 25 — the day after Thanksgiving.