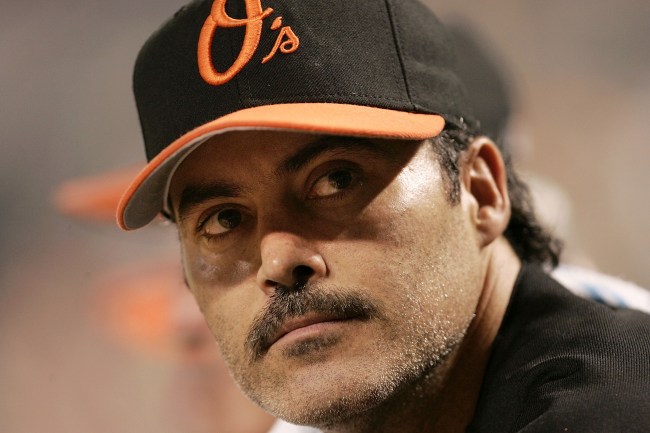 Rafael Palmeiro was as good at baseball as he was terrible at testifying in front of Congress, racking up 569 very nice home runs over the course of a career that spanned three decades. He retired after his final stint with the Orioles in 2005 before making a comeback ten years later to play for the independent Atlantic League’s Sugar Land Skeeters, a team I assure you exists in real life (although they seriously neglected the opportunity to make Lil Jon’ their official mascot).

Palmeiro’s main motivation for signing with the team was that he’d have the chance to play with his son Patrick, but the former superstar only ended up starting one game before stepping away from the game. However, earlier this year, the 53-year-old revealed he was pulling a Kurt Warner and plotting a return to the MLB, but after no one bothered to invite him to spring training, he’s been forced to settle for something a little less prestigious while he works on his comeback.

According to The Dallas Morning News, Palmeiro managed to convince the Cleburne Railroaders of the American Association to sign him to a contract ahead of the start of the season next week, where he’ll be reuniting with his son yet again, Based on the comments he made, he sees this as his first big step before making his dream of returning to the big leagues a reality, which is kind of like saying opening your eyes is a big step when it comes to waking up.

With that said, I wish Palmeiro the best of luck— mostly so he and Tim Tebow can eventually reach the same level of professional baseball and star in the world’s first ever pay-per-view minor league game.