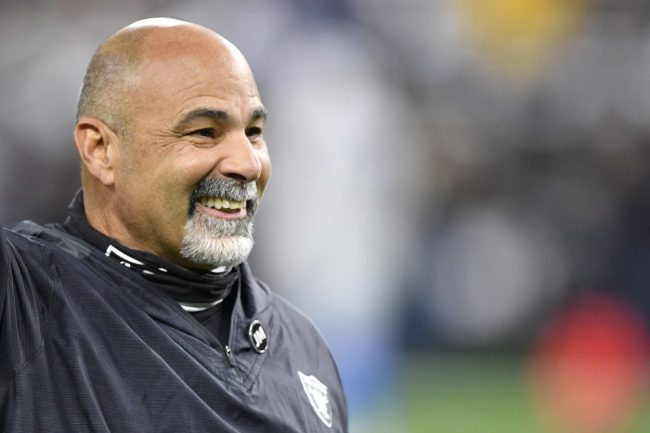 When Richard Bisaccia was named the interim head coach of the Raiders, nobody knew what to think of their prospective Super Bowl chances. The team and its players were in the middle of the Jon Gruden scandal and the expectations were not very high.

However, under Bisaccia, Las Vegas went 7-5 and finished second in the AFC West. After choosing not to tie in the final game of the regular season, denying the Chargers a playoff spot, Bisaccia led the Raiders out onto the field in the AFC Wild Card game against the Bengals on Saturday.

Unfortunately, his playoffs debut did not go well. Las Vegas los to Cincinnati by seven in a game where the score was closer than reality.

As a result, Bisaccia’s remarkable run as head coach came to a close. Now, without a clear head coach for the 2022 season, his future with the team is unclear.

Either way, Bisaccia is extremely grateful for the opportunity and handled the loss with utmost class. After the game, he went back to his hotel room in Cincy and expressed his gratitude.

Bisaccia did something that is downright awesome.

The 61-year-old individually hand wrote thank you notes to his players for their hard work and dedication throughout the season.

This is @Raiders interim coach Rich Bisaccia in his Cincy hotel personally hand-writing letters to his players thanking them for their hard work. Incredible.

Everyone says he's an unbelievable person. Some kind of coach grind to get here. #SuperWildCard@wyche89 @BucSidelineGuy pic.twitter.com/4lTkZdQy92

Although it is unclear as to whether he wrote a letter for every single player on the roster, based on the amount of envelopes, it must have been at least the starters. What an incredible gesture from a man who was so proud to be the head coach of the Las Vegas Raiders in both victory and defeat.