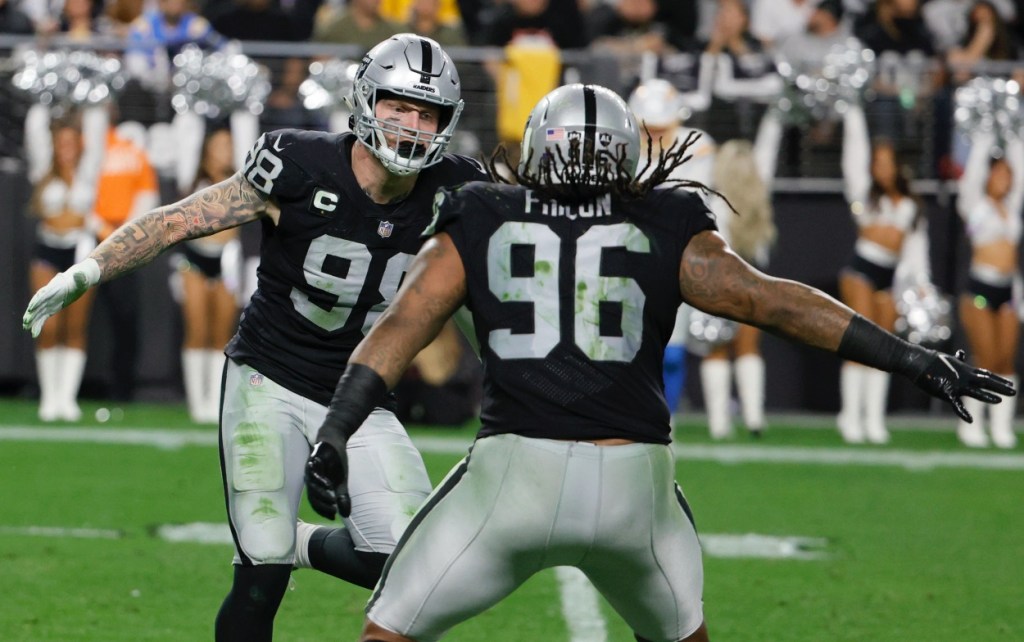 The NFL Regular Season has concluded which kicks off a flurry of coaching changes across the league. Denver and Jacksonville have already axed their head coaches. The Bears FINALLY fired Matt Nagy, Flores is out in Miami, and Zimmer is done in Minnesota.

The first NFL coaching change of the season came when the Las Vegas Raiders fired Jon Gruden who later filed a lawsuit against the NFL claiming the league attempted to ‘destroy’ his career. That seems like a lifetime ago because it was followed by the Urban Meyer saga AND because the Raiders maintained a level of success and just made the Playoffs.

After firing Gruden, the Las Vegas Raiders named Rich Bisaccia as the interim head coach. In this segment below, NFL insider Jay Glazer describes Rich Bisaccia’s job security as ‘time will tell’. Glazer throws out a crazy situation where the Raiders might actually trade for one of two Super Bowl-winning coaches in the NFL who have been with their respective teams forever. One of those coaches is also in the Playoffs right now.

Could Las Vegas Raiders Trade For A Super Bowl-Winning Coach?

The coaching firing carousel began this AM w the firing of Vic Fangio. It’s just the start. Here is my coaching forecast and what you need to know of who’s safe, on the hot seat and still in flux as well as an extensive guide to candidates to fill those jobs. pic.twitter.com/4QRxArTTz5

On the one hand, it will be hard for Las Vegas to justify parting ways with interim head coach Rich Bisaccia. He took the Raiders to the Playoffs by winning the last game of the regular season. If the Raiders are able to make a run in the playoffs it all but seals the team hiring him.

The rumors surrounding Jim Harbaugh considering the Raiders have been heating up. He reportedly told a recruit he was considering NFL options. Harbaugh is clearly the favorite hire of a LOT of NFL teams, not just the Raiders. And some teams are pursuing both coordinators on Tampa Bay.