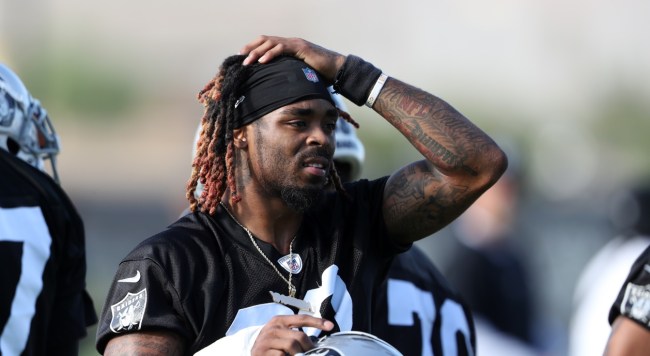 The Las Vegas Raiders have decided to part ways with former first-round pick Damon Arnette after he got into a disturbing back-and-forth with a fan on social media.

Over the weekend, Arnette filmed himself waving a gun while threatening to kill a fan for talking trash to him on Instagram.

On Monday morning, the Raiders announced they were releasing Arnette following the incident with the fan.

The Raiders are parting ways with another recent first-rounder.

Cornerback ﻿Damon Arnette﻿ is being released, NFL Network’s Tom Pelissero reported. The move comes on the heels of a series of troubling incidents coming to light that involve the No. 19 overall pick in the 2020 NFL Draft.

Around The NFL will have more on this story shortly.

#Raiders waive CB Damon Arnette: “Very painful decision. We spent significant time, effort and resources trying to help him in all aspects of his life…we cannot stand for the video of Damon with a gun, threatening to take a life." – #Raiders GM Mike Mayock