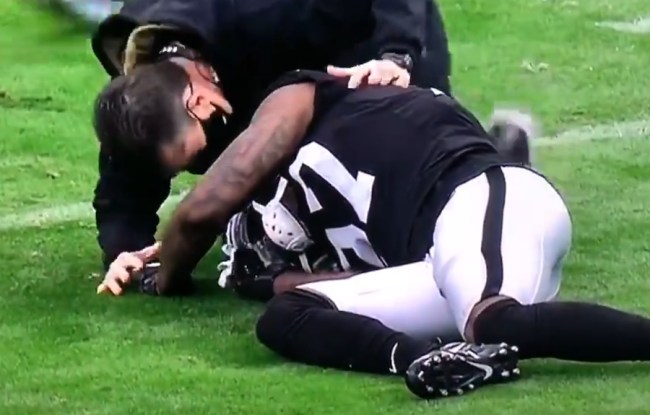 Las Vegas Raiders cornerback Trayvon Mullen had a scary moment early in the game against the Denver Broncos.

Mullen crashed helmet-to-helmet with tight end Noah Fant of the Broncos tight down the right sideline. Mullen stands up for a few seconds and then falls to the ground.

Mullen left the game after the hit. He was examined in the medical tent for an examination and later returned to the field.

Mullen missed the Raiders’ Week 9 game due to a hamstring injury and returned to practice late in the week.