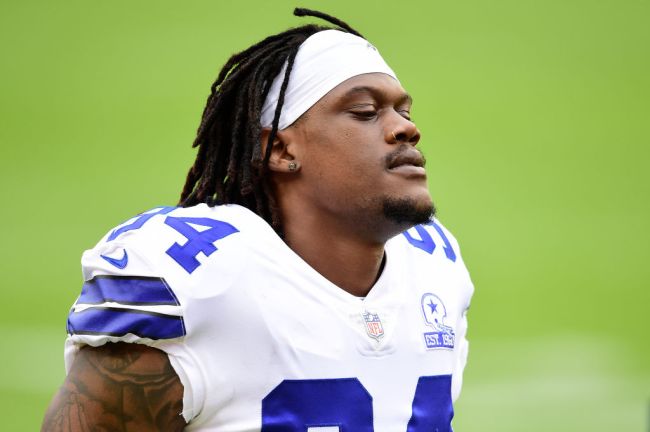 Randy Gregory is firing back at Cowboys fans who are angry with him signing with the Denver Broncos at the last minute.

Last week, Gregory shockingly signed with the Broncos after it appeared he had a deal in place to return with the Cowboys.

And so it’s the #Broncos — not the #Cowboys — that are in agreement with Randy Gregory. My understanding is Dallas insisted on contract language that Gregory did not like protecting themselves. So he heads to Denver.

Gregory and his agent said that the Cowboys tried to insert language in his contract that allowed the team to void guarantees if Gregory was fined or suspended for violating the league’s substance abuse policies again.

Source: The clause Randy Gregory objected to – voiding his contract if fined/suspended for any drug offense or violation of NFL personal conduct policy – was not included in previous #Cowboys contract. It also wasn’t mentioned in talks lasting until midnight, per source. 1/2

“Voiding a guarantee because a guy gets fined is not in any contract with any other team in the league.” When questioned, team said clause in every contract but Dak Prescott’s. When Gregory learned of the language being inserted into the contract, he apparently said, “F—k them.”

On Sunday, Gregory fired back at “toxic” Cowboys fans for criticizing his decision to sign with the Broncos due to the language in the Cowboys contract. 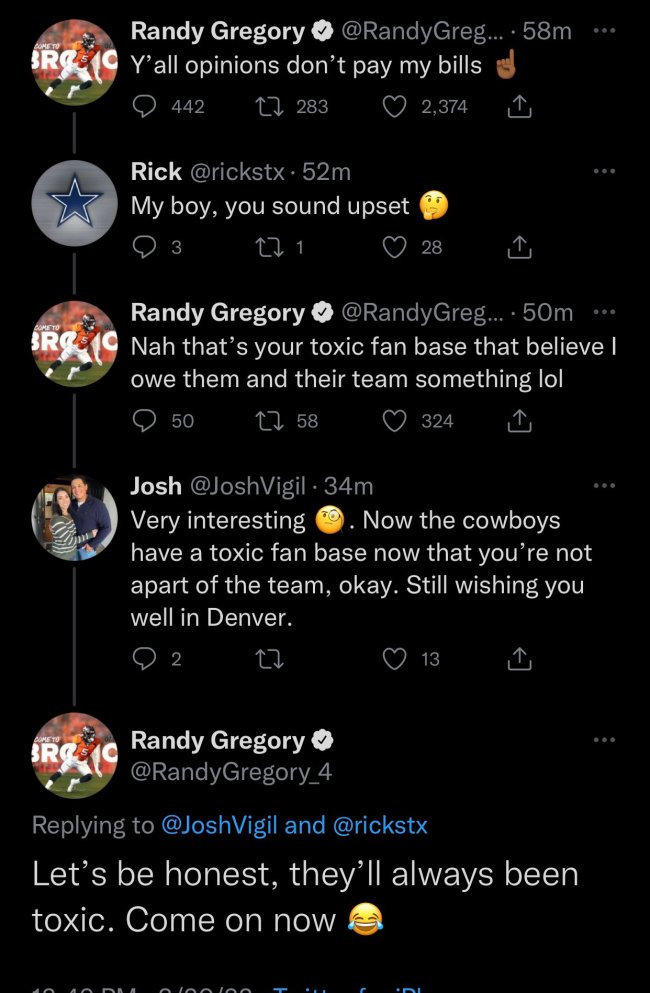