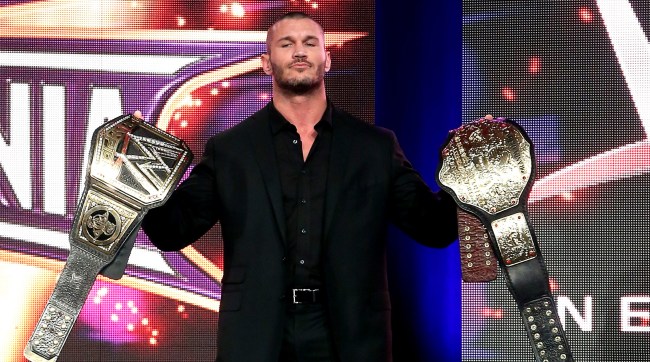 Back in 2016, WWE superstar Randy Orton was rather outspoken in his public criticism of Colin Kaepernick and other athletes taking a knee during the playing of the national anthem.

Fast forward to May 29, 2020, and suddenly Orton seemed to have done a complete reversal when he tweeted, “All lives DO matter, but the point I was trying to make is that I finally realized that until #BlackLivesMatters, they can’t. Get it?”

Orton, a 13-time world champion – fourth on the all time list behind just Ric Flair, Triple H, and John Cena – followed that tweet up with another similar message and retweeted his fellow WWE superstar Shelton Benjamin.

Don’t make victims of the innocent, don’t claim to value life while destroying a life. Don’t become the thing you hate.

So how does one go from being an All Lives Matter guy to being a more enlightened and very strong supporter of the Black Lives Matter movement?

Orton revealed the process he went through to CBS Sports this week.

“When Kaepernick was kneeling, I looked at it as disrespecting the American flag and that he was disrespecting the servicemen and women who fight for our freedom and our free speech and come home in a coffin when they give the ultimate sacrifice,” Orton explained. “That coffin draped in an American flag. I think I went on Booker T’s radio show and even said those things and I believed them.

“It took me a little time, but what I had to do was realize, Kaepernick, he wasn’t shitting on the flag. He wasn’t disrespecting the people that have given their lives for our freedom. He was taking a stand against police brutality. As a white guy, I don’t see it. But then I started listening to my black brothers and sisters, especially the ones I’ve known for years and some for more than a decade. I was hearing first-hand accounts of interactions with cops that took advantage of the situation and the power they had because they maybe felt a certain way about the color of someone’s skin. That’s when the lightbulb went off.”

“I’m embarrassed to say it, but it took me a little while but I get it. What I said on Twitter, I stand behind. If anyone doesn’t agree with me, I think they need to do more digging. Go look at Big E’s Twitter from a week ago, go look at Xavier Woods’ Twitter, go look at things Kofi said, that Mark Henry said, that Shelton said, that R-Truth said. If you read what they’re saying and try to put yourself in their shoes for even just a minute, you’re going to see right now that it’s not fair. All lives do matter, but like I said on Twitter, until black lives matter, all lives can’t matter. My only regret is that it took me a little bit and some soul searching to see that.”

“The more that social media has allowed us to see these horrific videos — and it wasn’t just George Floyd,” Orton continued. “I’ve seen so many after I did a little digging,” Orton said. “You realize it is tough to be a black person in this country, and we’ve got a ways to go before all lives truly matter. I think what we have to do is make sure black lives matter.

“And I think white people, like me, especially with a platform, saying that? Sitting on your laurels and not saying anything? I don’t think that’s helping anything. You need to get out there and get in this conversation. You need to insert yourself. That is what I was trying to do.”

I think perhaps the legend Rocky Balboa may have said it best when speaking about cultural differences one time.

“I seen a lot of people hate me and I didn’t know what to feel about that so I guess I didn’t like you much neither. During this fight, I’ve seen a lot of changing, the way you felt about me, and in the way I felt about you. In here, there were two guys killing each other, but I guess that’s better than 20 million. I guess what I’m trying to say, is that if I can change, and you can change, everybody can change!”