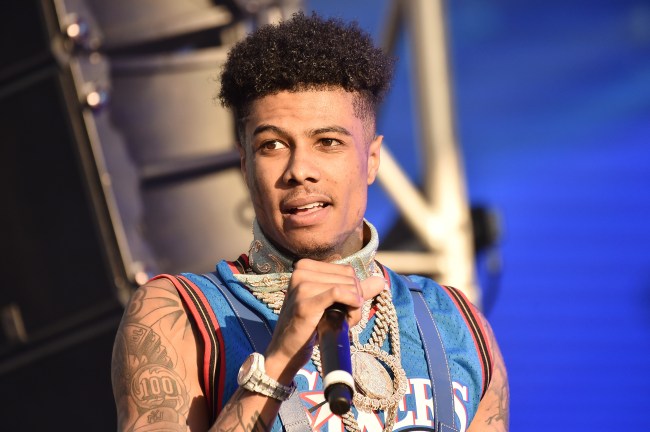 Rapper Blueface fell for the Floyd Mayweather-Logan Paul fight hype and now he’s mad that he shelled out so much money to watch it in person.

Over the weekend, the LA-based rapper made his way to Miami’s Hard Rock Stadium for the fight as documented by several social media posts.

The fight ended up being a huge disappointment that led to regular people who paid $50 to moan about getting ripped off.

After the fight, Blueface uploaded a video on Instagram stating that he was mad as hell for paying $12k to watch the fight.

Maybe Blueface should hit up Mayweather personally for a refund. Ouch.