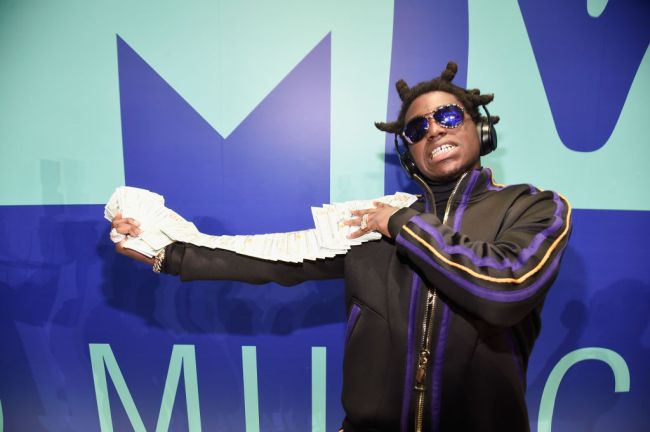 Kodak Black is currently beefing with an artist signed under his Sniper Gang label and has apparently lost his mind in the process.

Fans believe Kodak had a falling out with rapper Jackboy over financial issues as the two have been taking cryptic shots at each other on social media all week.

A fed up Kodak took to Twitter on Tuesday and appeared to address the situation.

I Was Too Busy Showin Love I Ain’t See Da Signs , When You Needed Me Pussy I Came Thru Everytime , Whether You Was Right Or Wrong Fuck Nigga I Was Riding …. But You Envied Me Nigga In Da Back Of Yo Mind 💔

I Broke You Off When Dem Fuck Niggas Wouldn’t Give You A Dime !!! I Ain’t Owe You Shit Nigga I Just Wanted To See You Shine !!! Yeen Never Gave Me Shit Nigga I Had My Own Grind !!!! pic.twitter.com/K0O0b7jERj

Eventually, Kodak started throwing thousands of dollars into the ocean, which he claims is money Jackboy feels is owed to him.

Kodak Black gets on a boat and throws around $100K into the ocean 🌊 pic.twitter.com/LFcVJlbm6R

He would later film himself flushing $100 bills down the toilet.

The Internet was pretty pissed at Kodak for straight-up throwing money away instead of doing something productive with it.

Hes from one of the poorest places in Florida and yet he rather impress people for views instead of giving that money to black poverty stricken families. This could be one of the saddest and out of touch videos I've ever seen.

He could’ve put it back into the community but would rather stunt. Shame! https://t.co/d01Ld97Fg2

He really could’ve changed his hometown with this amount of money. https://t.co/jaxwdUvA8I

I hate to see shit like this. This money could’ve been invested into saving animals, aiding the homeless, cancer treatment… SOMETHING, ANYTHING but this bm. https://t.co/LtBTwVa9TO