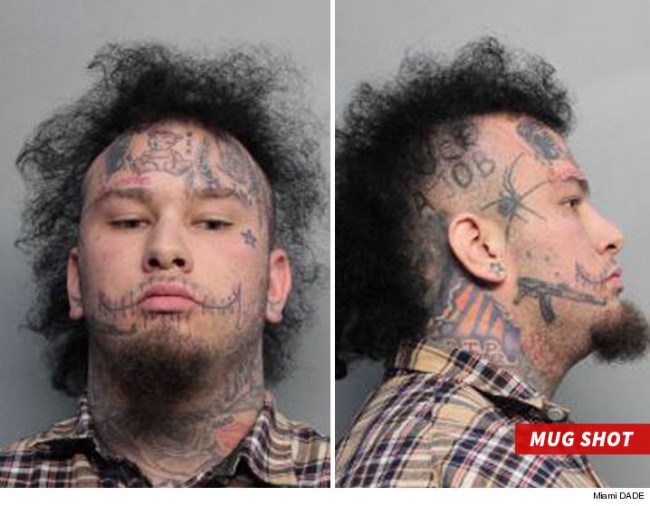 The rapper Stitches isn’t exactly a hard person to miss. The Florida rapper — of “Brick in yo face” fame — literally has stitches and an AK47 on his face. Now he’s facing weapons charges after doing something really dumb — parking in a handicap spot at Whole Foods and handing a joint over to a cop when the cops approached him.

According to the police report, officers spotted the rapper’s Porsche pulling out of a Miami Whole Foods lot Wednesday night. Cops immediately recognized Stitches from previous arrests — he has a unique face — and asked if he had a gun. He said no.

However, he did immediately hand over a rolled up, slightly burnt joint … according to cops. When they searched the car, they found a Glock under his seat and 2 magazines of ammo. Cops say he apologized and said he thought they were asking if he had a gun ON him … not IN his car.

Honestly, I’m more shocked to learn that Stitches is a Whole Foods guy. He doesn’t seem like the type of guy who eats a lot of zesty quinoa salad.