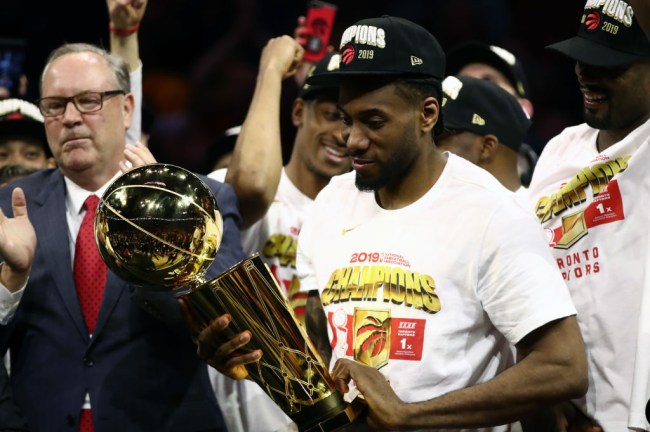 In 1924, Calvin Coolidge decided to honor the Washington Senators World Series victory by inviting them to the White House to celebrate and kicked off a proud tradition of the Commander in Chief extending an invitation to championship teams to honor their achievements.

However, as you probably know, things have changed a bit since Donald Trump has set up shop in the Oval Office—especially when it comes to the NBA.

After winning the NBA Finals in 2017, the Golden State Warriors unanimously decided they wouldn’t be taking the trek to Washington, D.C. and Trump decided to rescind an invitation he never actually extended in the first place after they made the announcement—which led to a legendary rebuke from LeBron James.

After winning yet another title last year, the Warriors did end up making the trip to the nation’s capital, but instead of visiting Trump, they pulled an anti-Michael Scott and hung out with a bunch of kids to make their dreams come true.

Now, the Raptors find themselves in a similar position after beating the Warriors in this year’s NBA Finals but they’ve run into a bit of an interesting conundrum. However, this one doesn’t really have to do with politics.

Said that plans are already in the works for the visit to Parliament Hill. Haven't heard from the White House.

As the outlet notes, there’s no real precedent in this situation as it’s been a while since a Canadian team took home a championship. However, if Trump’s past history is any indication, I’d be shocked if the Raptors get an invite in the first place.

On the plus side, I doubt the prime minister will be honoring them by serving a buffet of cold fast food.