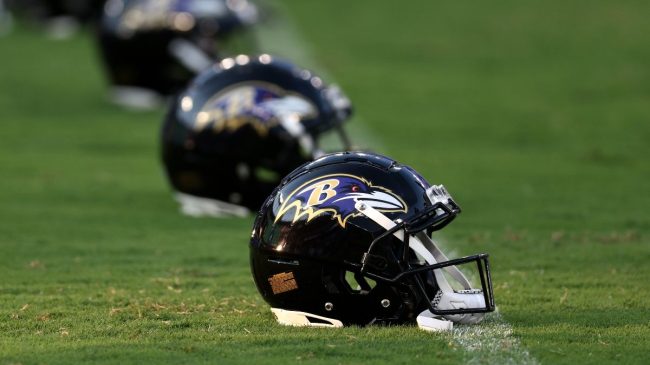 It’s that time of the year when any injury report can be detrimental to the upcoming season. The Baltimore Ravens have a few players everyone is keeping tabs on, as their playing status could determine how effective the offense is. However, Adam Schefter delivered an injury update that had some fans shook in fear it was about JK Dobbins.

Everyone saw the Ravens mascot get carted off during a preseason game, right? Well, that’s the injury update Adam Schefter tweeted about on Thursday. Regardless, those first four words, “A blow to Baltimore,” gave some fans a mini heart attack. JK Dobbins is still working through a knee injury and everyone is hoping for the best for him. Instead, we find out that Poe, the mascot, is out for the remainder of the season.

A blow to Baltimore: The Ravens mascot, Poe, suffered a season-ending knee injury during Saturday’s preseason game vs. Washington, sources tell ESPN. Poe will be placed on injured reserve and team is expected to hold tryouts to find a new mascot while Poe rehabs. Get well, Poe. https://t.co/B89yYdb9CB

Baltimore will eventually hire a new person to wear the mascot suit if they haven’t done so already. Even so, Ravens fans couldn’t help themselves from being concerned about their star running back.

Ravens fans getting this tweet notification and looking at the first 4 words pic.twitter.com/Djw4izU5zt

Yeah. We have to agree. The timing is awful.

Then of course, as Ian Haritz points out, we are in the midst of fantasy football draft season.

Can't be starting tweets like this in the middle of fantasy football draft season lmao https://t.co/pTZgpo0h4H

My heart dropped to my ass

Luckily, this report isn’t about JK Dobbins. However, we still wish Poe, the Ravens mascot, a quick recovery.