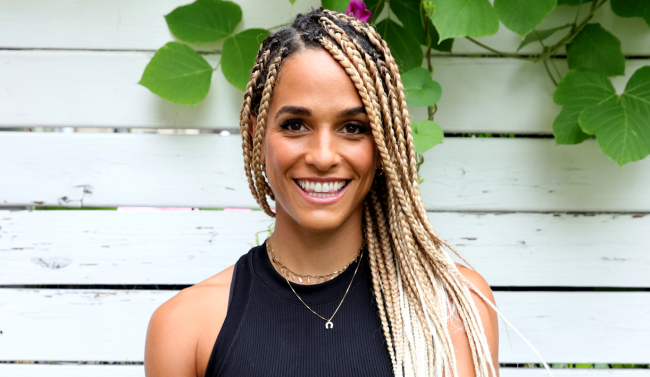 In a move that surprised many college football fans across America, ESPN announced on Wednesday that they have hired Peloton instructor Jess Sims to serve as a new College GameDay reporter for the 2022-23 season.

According to a press release, “Sims will make live, weekly appearances from campus sites on college football’s premier pregame show.”

Widely known for her work as a fitness instructor, Sims left a career in education to pursue her passion in 2016. After teaching boxing and HIIT (high intensity interval training) at popular boutique studios in New York City, she became a global sensation when she joined Peloton in 2018 as a Tread instructor, teaching running, walking, bootcamp, strength and stretching classes to over seven million subscribers worldwide. Sims has also launched content for children and families, blending her passions for health and wellness through interactive movement and education.

“I am so excited to join the GameDay crew because the show not only celebrates all of the on-field action, but also highlights the passionate communities that surround the games,” said Sims. “This is such a great opportunity to get back to my roots in college sports and I can’t wait to meet incredible athletes and fans and explore these campuses and cities that eat, sleep and breathe their hometown teams.”

Jess Sims is best known as a Peloton instructor, but she does have other sports-related credentials

Sims is a former collegiate basketball player at Trinity College. She also worked with the New York Liberty of the WNBA as an in-arena host in 2021 and as a sideline reporter for the past two seasons.

“Jess is a rising star who exudes personality and energy. We’re looking forward to her adding to the excitement surrounding College GameDay each week throughout the season – both during the show and as we engage with students and fans on every campus we visit,” said Lee Fitting, ESPN senior vice president, production.

College football fans’ reactions to the news of Jess Sims’ hiring by College GameDay were … mixed.

Yessssss! @jess_sims is going to rock this gig!!

Lmao the hell for?

Did GameDay lose a bet?

Hahaha typical ESPN. This is embarrassing