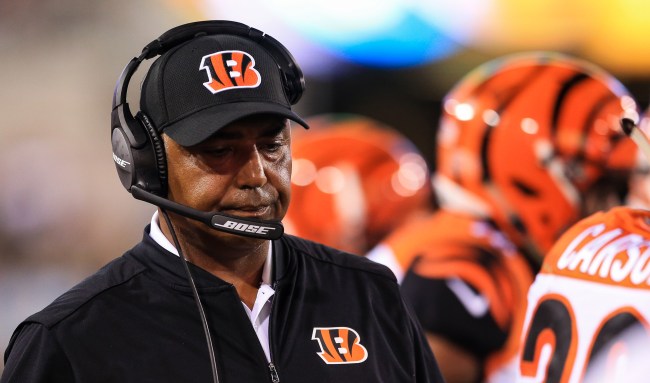 Remember how funny the the reactions were when, after being fired as head coach of the Cleveland Browns, Hue Jackson joined the Bengals as a special assistant to Marvin Lewis? (And immediately spawned Dwight Schrute memes?)

We are excited to announce that longtime NFL head coach Marvin Lewis will be joining our Sun Devil Football family as special advisor to Sun Devil Football! Join us in welcoming Coach Lewis to ASU! https://t.co/OxW1aBCsJ8

Okay, so Marvin Lewis’ official title is going to be Special Advisor, but as Dwight Schrute always knew, one’s title is always subject to interpretation.

ProFootballTalk.com wrote about the hire, “Lewis has a home in Phoenix, and wasn’t busy after his gig as a commentator for the AAF ended prematurely (and apparently without other media opportunities).”

Wonder why he didn’t just make the move to an NFL broadcast booth? Oh… right.

Anyhoo, Lewis, who went 131-122-3 in 16 years with the Bengals (0-7 in the playoffs) will be joining Herm, along with former NFL assistant coach Shawn Slocum and former NFL players Kevin Mawae, Antonio Pierce, Derek Hagan, and Danny White on the staff down in Tempe.

Reactions to Lewis’ hiring by Edwards was met with derision by many on the internet (mostly by Bengals fans and those who laugh at them).

No word yet on if Hue Jackson will be joining him as "the assistant to the special advisor to Sun Devil football". https://t.co/nluuqFPIBI

ASU hired Marvin Lewis ?? 💀 Smh what’s going on over there

If there was any chance of ASU making the CFP, Marvin Lewis just destroyed it

“We just gotta do a better job” -Marvin Lewis, after ASU goes 6-6 and loses their bowl game https://t.co/8eAJogsS6a

ASU’s trying to be as mediocre as possible, aren’t they?

But how do you really feel about Lewis being hired at ASU?