The Red Sox Are Getting Hammered For Their Recent Signing 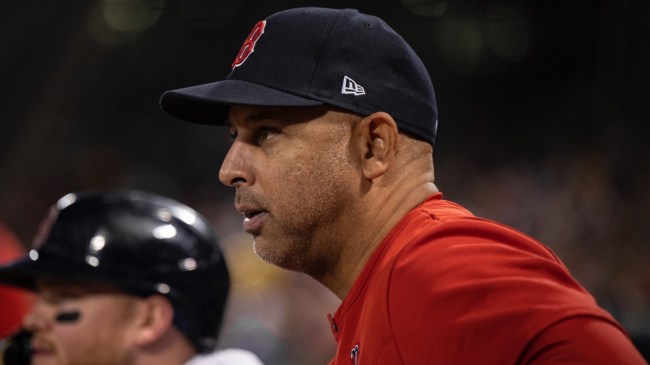 It’s been a bad offseason so far for the Boston Red Sox. The team, which had a disappointing season in 2021, came into a huge offseason. Star shortstop Xander Bogaerts was a free agent, and they needed to lock up another star infielders, Rafael Devers, to a long-term deal. Plus, fans were getting restless, as they have been accusing owner John Henry of pinching pennies.

And, they took a big hit when Bogaerts left the team to sign a huge deal with the San Diego Padres.

Red Sox essentially let the face of the franchise walk out the door twice in the span of three seasons.

Mookie Betts in 2020 and now Xander Bogaerts in 2022. Both of those guys won a World Series for the franchise.

Now, they’re taking heat over the only splash singing they made all offseason.

The Sox signed the Japanese star to a big deal this week.

Red Sox have signed OF Masataka Yoshida, per @JeffPassan. The deal is worth 5-years for more than $85 MM.

Has been comped to Luis Arraez. Perfect leadoff guy for this team.

But, they’re taking heat, as some see it as an overpay.

According to "10 sources" he spoke to they all "thought the Red Sox overpaid by a hefty margin." One executive went as far as to say, "We thought he was worth less than half of what they paid." pic.twitter.com/FjzSGTnc3X

That’s not good. yes, he can hit. But, he’s still a middle-aged corner outfielder and a below average defensive player. It’s part of a pattern of Boston moves under Chaim Bloom and John Henry that don’t make sense.

There’s so much about the way the Red Sox handled Xander Bogaerts’s situation that doesn’t make sense. For example: they spent more money to sign Yoshida (($105m), a corner OF about the same age as Bogaerts, than they offered Bogaerts, an All-Star SS, in the spring. ($90m).

They signed him extraordinarily quickly. AND before prioritizing X and Devers. And then X went to SD. Bloom has to be on the hot seat

Yoshida projects to be a worse-fielding Carlos Santana. That's worth $20 mil per year? We'll see..

Let’s hope they can right the ship.