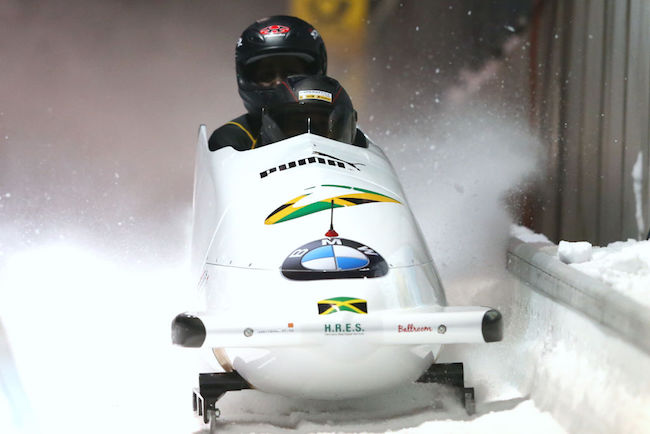 It’s been 30 years since the Jamaican bobsled team shocked the world by qualifying the 1988 Winter Olympics in Calgary before subsequently shocking close to nobody when they crashed their sled during a qualifying run and lost any hope of even coming close to bringing home a medal. However, they did manage to get a movie for their troubles after Disney decided they needed to corner the market on films featuring underdogs competing in ice sports due to the success of The Mighty Ducks.

The Jamaicans bobsledders have never been serious contenders for an Olympic medal, but they’ve consistently been represented at the Games since their debut a few decades ago. The country set a new milestone this year when they sent their first-ever women’s team to Pyeongchang, but they ran into a bit of a setback this week when their coach decided to quit and take their bobsled with her.

Historically speaking, not having a bobsled puts you at a bit of a disadvantage when it comes to winning a race against people who do. Thankfully, the team found themselves a savior in the form of the second most popular mind-altering substance associated with Jamaica: Red Stripe.

On Thursday, the beer company reached out to the team on Twitter with an extremely generous offer.

No bobsled, no problem. If you need a new ride @Jambobsled, put it on @RedStripe’s tab. DM us and we’ll be in touch 👌🍻

Now, it appears The team will get a chance to show off their new ride when they compete on February 21.

.@RedStripeUSA has purchased a sled for the Jamaica Bobsled and Skeleton Federation as a gift just ahead of their participation in the women’s bobsled competition at the @pyeongchang2018 #WinterOlympics