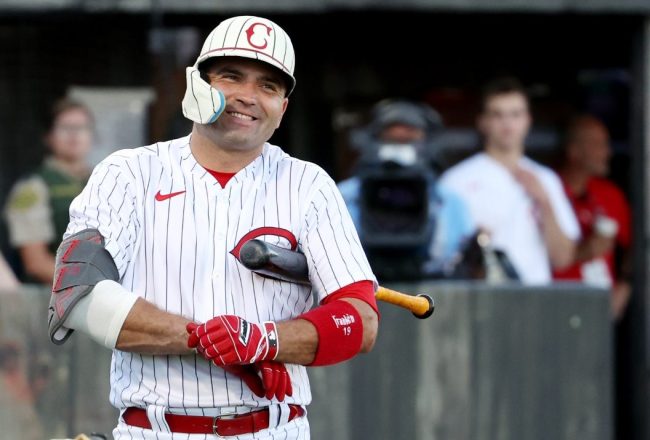 The Cincinnati Reds have had a miserable season so far and it feels like they’re just ready for the offseason. Even so, the club has some bright spots for the fanbase to be excited about. One of them is Joey Votto, who became a fan favorite due to his electric play and personality. Now, it sounds like Votto is out for the year, piling onto Cincinnati’s struggles throughout this season.

According to The Athletic MLB, Votto is going to receiver season-ending surgery for a torn left rotator cuff. This is an injury he apparently suffered back in 2015 but now the Reds’ first baseman is being heavily advised by doctors to get the surgery.

Joey Votto will undergo season-ending surgery for a torn left rotator cuff, he announced on Wednesday.

The Reds’ first baseman injured his rotator cuff in 2015 but after a recent MRI, multiple doctors told him that surgery is necessary.https://t.co/ym8etBRN8E pic.twitter.com/zpThSi7NUL

It just feels like nothing can go right for the Reds right now. Not only have they lost their star first baseman for the rest of the season, but they’re one of the worst teams in the league as is. Only the Pittsburgh Pirates and Washington Nationals have worse records in the National League. Now, with Joey Votto undergoing surgery to fix an old injury, Cincinnati takes another brutal hit on a rough year of baseball.

The good news is that Votto should return by the beginning of the 2023 season. That should give the Reds something to work with in the offseason as they’ll hope to reel in top-tier talent through free agency. We’ll see how it plays out, but Cincinnati could make some noise to drastically improve the roster. Especially considering they should have Joey Votto back in the lineup next year.

Don’t expect much from the Reds for the remainder of the season, as they’re in line to finish with one of the worst records in the league.