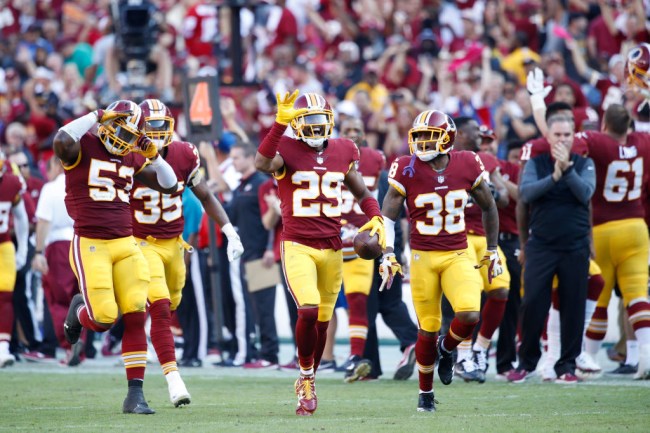 It’s been a roller coaster of a night for corner back Kendall Fuller. Today, ESPN’s Adam Schefter reported that the Washington Redskins traded a draft pick and an unnamed player to the Kansas City Chiefs for QB Alex Smith

Trade term update: Washington is sending KC a third-round pick and an unidentified player for QB Alex Smith, per sources.

Fuller tried to find on Twitter if he was the unnamed player.

Nahh its not me.. I don’t thinkk

Lol im on here tryna find out just like yaa 👀

Despite assurances made to him, Fuller was indeed the player traded.

In Alex Smith trade, Chiefs will receive third-round pick And CB Kendall Fuller, per @FieldYates. So there’s the trade.

Quarterback Alex Smith has a new home, as sources tell The Star that the Chiefs have reached agreement to trade their veteran starter of the last five seasons to Washington.

The Chiefs will receive a 2018 third-round pick and promising young cornerback Kendall Fuller in exchange, a source confirmed, though any trade involving Smith can’t be completed until the first day of the new league year, which begins at 3 p.m. on March 14. But the sources say the deal is in place and will definitely proceed.

Fuller, 22, was a third-round pick for Washington in 2016. He’s coming off a season in which he recorded 55 tackles, 10 passes defensed and four interceptions and emerged as one of the NFL’s best slot defenders.

Of course the Internet had jokes about Fuller’s situation.

Fuller was a good sport about the whole thing after he learned he was traded.

Me on Twitter after tweeting all that then finding out i got traded! 😂 pic.twitter.com/YHhCzzcsZj

Talk About A Night 😂🤭