Remembering Eamon McEneaney, A Cornell Lacrosse Great With A Heart of Gold Who Died In 9/11 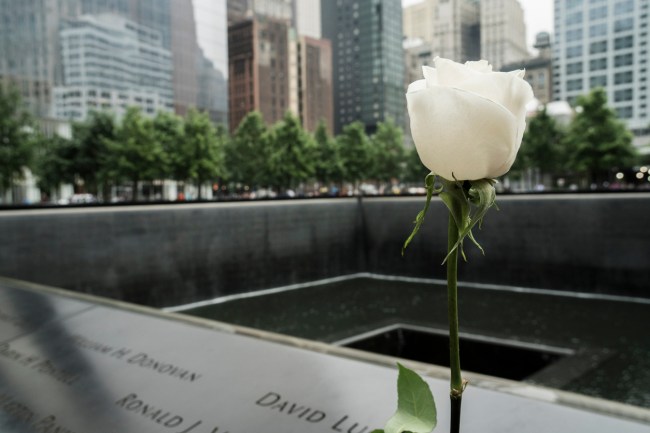 Editor’s Note: This is an article we originally published back in 2011 for the 10th anniversary of 9/11 by an author who wrote for us under the alias LacesOutDan. Every year since, we’ve republished this article to remember those lost in 9/11 and a Cornell lacrosse great who was lost on this awful day 21 years ago.

Within the lacrosse world, you may have heard of Eamon McEneaney.

A three-time All-American at Cornell and cornerstone of a team that won two-straight national championships in 1976 and 1977, McEneaney was one of the greatest attackmen to play the game. He was known for his speed, skill, and relentless competitiveness despite his slight 160-pound frame.

Tragically, McEneaney, a vice president at Cantor Fitzgerald, died on September 11, 2001, along with 3,000 other innocent people. In the 19 years that have passed since then, many have learned the story that I know of Eamon; one about a competitive lacrosse star who was one of the most caring, friendly, and full-of-life human beings I ever knew.

I was fortunate enough to have spent time around Eamon as a young kid. My father was a good friend and a fellow member of the two Cornell National Championship teams. I met Eamon many times over the years at reunions and Cornell lacrosse games, and right away, I could notice his infectious smile and energy.

But since his passing, I feel I have gotten to know Eamon better from all the stories my dad and his friends tell. Anytime they reminisce about their golden years of college, it always seems to come back to Eamon, the one who could always make them laugh and would always be there for them.

A true example of Eamon’s character and selflessness is the story of the final goal of the 1976 National Championship. Cornell led by two in the last minute of overtime and managed to force a Maryland turnover on a clear.

Eamon picked up the groundball and ran towards the goal on a breakaway. Instead of shooting the ball himself, he drew the trailing defender and passed over his shoulder to teammate Mike French, who scored an empty-net goal (his seventh of the game).

It would have been Eamon’s only goal of the game, but instead, he would rather dish to his friend.

After his playing years, Eamon continued his selfless lifestyle. He was a loving husband to his wife Bonnie and a caring father to his four children. He was a lover of all things Irish, including writings, poetry, and the songs of Van Morrison.

Eamon also wrote his own poetry and his dream of publishing his own book was realized in 2004 with “A Bend in the Road,” a collection of his poems.

Additionally, Eamon was a caring hero to strangers around him. When the World Trade Center was bombed on February 26, 1993, McEneaney led 63 panicked people from the 105th floor down the dark and smoke-filled stairwell to safety.

Below is a short tribute video and here’s an Inside Lacrosse article that should give you more of a sense of the amazing person Eamon was. We hope he will be in your thoughts as we remember those lost 19 years ago today.

Eamon might be gone but he’s surely not forgotten.