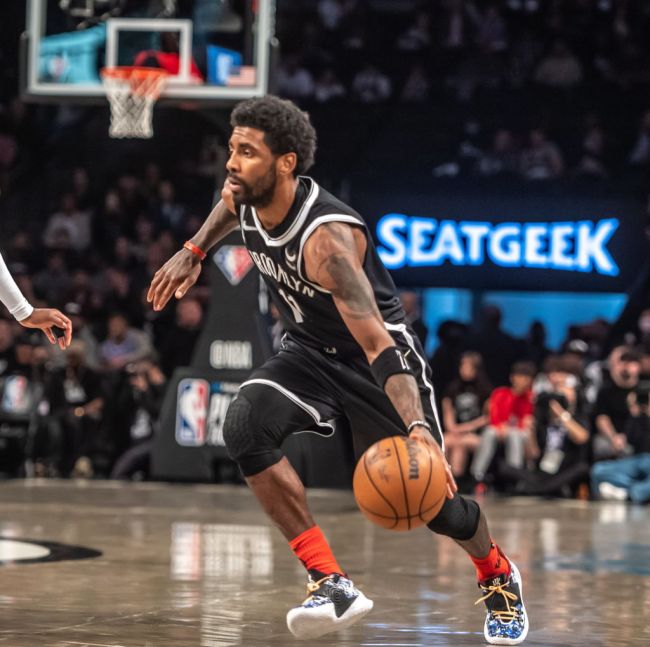 With LeBron James signing a contract extension to stick around a bit longer with the Los Angeles Lakers, fans have been expecting to see a renewed effort to improve the roster around him.

So far, those efforts have continued to center around making a move to swap Russell Westbrook and draft picks for a player or players who would be a better fit for this roster. In particular, the Lakers have been trying to make a deal for Kyrie Irving, who had reportedly wanted to leave the Brooklyn Nets earlier in the offseason.

In the past, those talks had stalled over the Nets wanting the Lakers to give up both of the draft picks they have available to trade in exchange for Kyrie and to take on Russell Westbrook’s salary.

Now their story has reportedly changed. According to NBA Insider Marc Stein, the Nets are reportedly looking for “win-now” talent in exchange for Kyrie.

The latest from Lakerland on LeBron James' contract extension and the Lakers' ongoing attempts to keep adding to the cast around him: https://t.co/hzYblpQynC

That’s pretty brutal for Westbrook that he is no longer being viewed as “win-now” talent because he definitely isn’t “win-later” talent. So are they calling him a “win-never” player?

As for the Nets, this would seem to indicate that if they do trade Kyrie Irving, they still plan on Kevin Durant being around next season. If they were planning on losing both Kyrie and KD, there wouldn’t be much sense in getting “win-now” talent in exchange for Kyrie so the team could pretend to still be a contender as any trade for KD will make them worse right now.

Maybe the reality is that the Brooklyn Nets are listening to all of the experts who keep saying that they should stall this out and see if they can get a year to learn what the combination of KD, Kyrie, and Ben Simmons is capable of before they give up and start rebuilding.