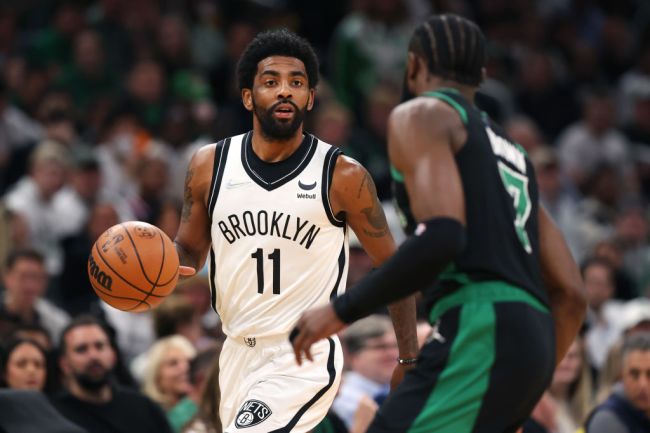 Last night, the basketball world was shocked to learn that Kyrie Irving had changed his mind about his future with the Brooklyn Nets and would be accepting his player option for the 2022-23 season.

That decision came after weeks of failed negotiations between Kyrie and the Nets over a long-term extension.

Today, NBA insider Shams Charania revealed what the Nets were offering in those negotiations.

The Nets offered Kyrie Irving a 4-year max contract with 2 years guaranteed and triggers for years 3 and 4 based on the games played in the first 2 years per @ShamsCharania.

That’s an extremely fair offer that shows Brooklyn was negotiating in good faith.

It’s hard to believe that this wasn’t a good enough long-term offer from the Nets for Kyrie to accept it. It would have given him a max contract for at least the next to seasons while also giving him the opportunity to earn two more years of a max deal.

For the Nets, the most important part of the deal is that Kyrie would have had to earn those last two years. As talented of a player as he is, he hasn’t been regularly available throughout his time in Brooklyn.

In 3 seasons, Kyrie has only played 103 regular season games for the Nets and he missed the last 3 games of the Eastern Conference semifinals last season as the Nets were barely eliminated from the playoffs by the Bucks.

Instead of betting on himself to be able to reach whatever benchmarks the Nets set for him over the next two seasons in their contract offer, Kyrie will now play out his player option and hope he can convince somebody to give him the deal he wants a year from now.