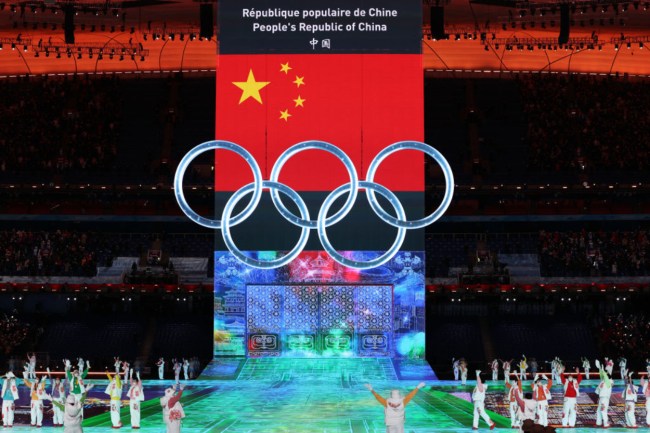 The not all that highly anticipated 2022 Olympic Games in China are officially underway with the opening ceremony having taken place and it certainly didn’t take long for Chinese officials to make their presence be known.

Sjoerd den Daas, a reporter for the Dutch public broadcaster NOS, was in the middle of a live report at the Games and was physically removed by Chinese officials. The video shows him talking back-and-forth with an analyst in a studio when a man steps in and pushes him backward outside the camera shot.

“Our correspondent @sjoerddendaas was pulled away from the camera by security guards at 12:00 pm live in the NOS Journaal. Unfortunately, this is increasingly becoming a daily reality for journalists in China. He is fine and was able to finish his story a few minutes later,” the tweet from NOS said.

It’s not at all surprising that NOS is reporting that journalists being taken away by authorities has become a “daily reality” for those in China.

Related: Bob Costas Doesn’t Hold Back With Criticisms About China Hosting The Olympics Yet Again

Leading up to the Olympics, the United States and other countries urged athletes not to take any personal devices to China as the government could very well collect personal data. Team USA told its athletes to travel with burner phones instead of their own phones.

The Olympic Organizing Committee actually admitted that the Chinese government would be collecting people’s data.

“Personal information collected by Beijing 2022 will not be disclosed unless the disclosure is necessary. Information of accredited media representatives will only be used for purposes related to the Olympic and Paralympic Winter Games.”