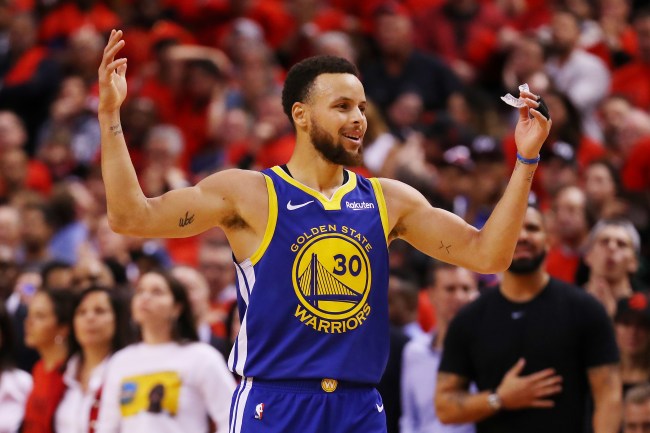 Things got a bit awkward for Steph Curry during the team’s postgame press conference after a reporter asked about his relationship with his wife.

On Wednesday, Curry had himself a rough shooting night but was able to hit a clutch three-pointer to put the Heat away in overtime.

A reporter saw Ayesha’s tweet and decided to ask Steph if he and his wife talked after games which made the Warriors star a bit uncomfortable.

Reporter: Ayesha tweeted “Dagger”, how often do you guys talk after games, and what’s that relationship like after a big win like this?

Curry: That’s my wife we talk all the time, what’chu mean?

The expression on Curry’s face says it all.

The report, Chris Alvarez, tried to explain his question to Curry on Twitter.