Sports Finance Report: The Return Of An Iconic Golf Label 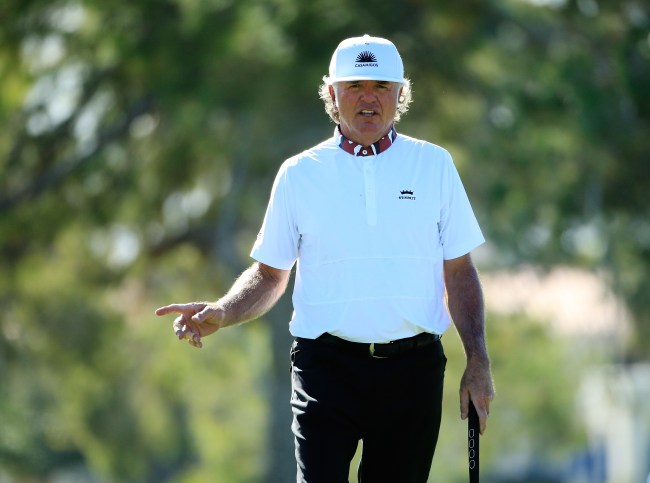 The Return of an Iconic Golf Label

Dicks Sporting Goods (DKS), the largest golf retailer in the U.S., has announced the return of the iconic golf label Tommy Armour. Using innovative technology, not widely available in the country, to “promote forgiveness and distance”; DKS developed a line of game improvement woods and irons for mid-to-high handicap golfers. Designworks, a subsidiary of the BWM Group, designed the equipment; which DKS has priced lower than comparable products.

Howie Long-Short: Tiger Woods is back, but the decision to build an in-house golf brand has more to do with DKS’ “private label comp growth significantly outpacing the company average” and interest in increasing profit margins, than it does Sunday TV ratings. On the Q4 ’17 earnings call, CEO Ed Stack said that moving forward the company would be allocating more shelf space to private labels (i.e. Second Skin, Calia by Carrie), than they had received in years’ past. The decision to grow its private label business is a wise one. Its reliance on Nike (and other athletic apparel/sneaker companies that have chosen to pursue more DTC business) is among the leading reasons company share price is down 28% over the last 12 months.

The New Jersey State Interscholastic Athletic Association has received permission from The National Federation of State High School Associations to experiment with instant replay and has announced that it will implement the use of video replay review during football games at “a handful of schools” this fall. State football officials will have access to Hudl Sideline, a mobile application that streams live game film across multiple devices, so they can review plays in question. Policies to govern the review process will be determined before the end of the month. New Jersey will become the 2nd state to use video replay during high school competition; Minnesota used it during 2017 state championship games. Georgia, Alabama and Arizona are all reportedly considering video replay implementation as well.

Howie Long-Short: Hudl, a sports video-editing company, has raised just shy of $109 million to date (over 5 funding rounds). Their $30 million series D round, which closed in July 2017, valued the company at $430 million; up from $270 million in 2015. The company is using the capital to add 300 employees. You can play the start-up through Nelnet Inc. (NNI), a publicly traded student loan servicer. Wondering where the connection lies between NNI and Hudl?  They’re both based in Lincoln, NE.

Fan Marino: The NFL’s competition committee is looking to simply the definition of a catch. The proposed rule (they’ll vote next week, it’s a lock to pass) would still require a receiver to control possession (there will be a defined time element) and establishes himself in bounds; but, would eliminate language pertaining to “going to the ground” to complete the catch. The league also intends to implement language that would prevent “slight ball movement” from altering calls and return the standard for overturning a call to “indisputable” visual evidence. NFL fans won’t be upset about the proposed changes, but you may find some upset parents in Northern New Jersey; those forced to sit through a 4-hour game, in 40-degree weather, because some high school official is determined to get a spot correct.

The Alliance of American Football, an 8-team (50 players per) single-entity professional football league, will debut on February 9, 2019. The league will have a 10-week regular season and a 4-team playoff, with the inaugural and Championship games scheduled to air on CBS. Cities and coaches will be named within the next 90 days, but there will not be a player draft; players “looking to begin or extend their football careers” will be allocated to teams based on geographic location (i.e. nearest to where they played NFL or college football). The league, formed by Charlie Ebersol, Bill Polian, Jared Allen, Justin Tuck and Troy Polamalu, doesn’t intend on competing with the NFL; but, seeks to improve its version of professional football by increasing player safety (see: removal of kickoffs), focusing on the fan viewing experience (see: 2-point attempt required after TD) and accelerating the pace of play (see: fewer commercial breaks).

Howie Long-Short: The Alliance of American Football envisions itself as a feeder program for the NFL, a far more attainable goal than competing with the NFL for talent; like XFL 2.0 plans to do. The league also plans to beat the XFL to the punch, starting their inaugural season one-year prior to McMahon’s upstart league. Of course, it’s unknown if the new league has the $100 million runway that McMahon has given the XFL; no information is being released pertaining to the amount of capital raised. The league does have several prominent investors though, including Peter Thiel’s Founder’s Fund, The Chernin Group and Charles King’s M Ventures.

Fan Marino: The league plans to encourage fan engagement by offering interactive fantasy games, with real prizes, during game action; which will be streamed for free on the league app. Sure, that’s the intention now; but, once SCOTUS legalizes sports betting, you can be sure the league will pivot in that direction.