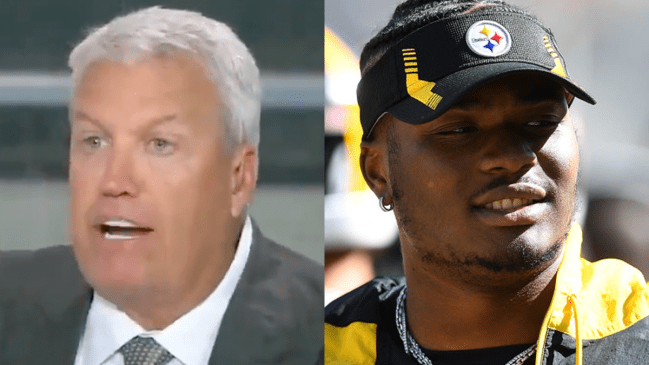 Earlier this year, the football world was rocked after Dwayne Haskins was struck and killed by a car at the age of 24 while attempting to cross a highway in Florida less than three years after the former Buckeye was scooped up by Washington with the 15th overall pick in the 2019 NFL Draft.

Following his passing, a few people found themselves in hot water for how they framed the death of a quarterback who was known for having a number of personal problems off the field. Haskins’ substance abuse issues undoubtedly played a role in the accident (a medical examiner said he had a BAC of .24 and had ketamine in his system when he was struck), but Adam Schefter failed to read the room in a tweet concerning the incident and longtime NFL reporter Gil Brandt understandably caught some flak for saying the QB was “living to be dead.”

Now, another notable name has ended up in a similarly awkward position in the form of Rex Ryan.

Haskins was the third quarterback selected in the aforementioned draft; heading into the event, there was little doubt Kyler Murray would be selected with the top pick, but there was plenty of debate over whether or not the Giants made the right call when they selected Daniel Jones over the Ohio State QB.

It took a while, but it would appear the many Giants fans who voiced their displeasure with that selection have had their fears assuaged now that New York is sitting prettier than it has in a long time after starting the season at 5-1.

On Monday, Ryan used that hot start as an excuse to take a bit of a victory lap and remind the rest of the panel on First Take he predicted Jones would live up to the hype saying, “I said Daniel Jones would be the second quarterback drafted when he came out ahead of this guy—this Haskins—that everybody raved about, that I knew would struggle in the National Football league.”

Stephen A. Smith and Michael Irvin quickly interjected by saying “God rest his soul” before Ryan issued a quick apology after realizing he’d probably crossed the line, admitting “I shouldn’t have said it.”

It’s clear Ryan wasn’t going out of his way to disrespect Haskins, but that doesn’t make his comment any less awkward.