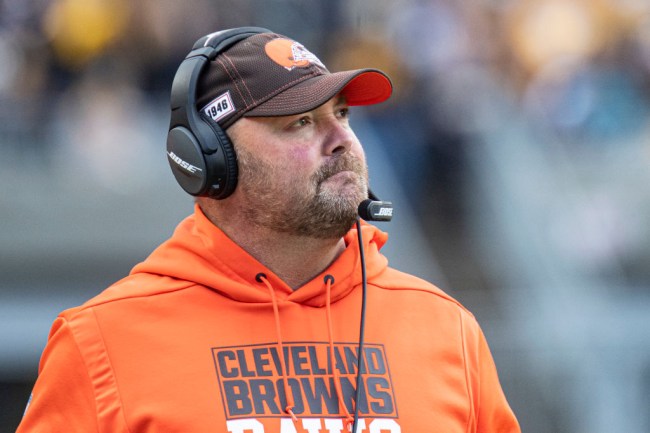 Freddie Kitchens seems to be in over his head as Cleveland’s head coach, players are yelling at the man on the sideline during games and, well, the Browns are simply being the Browns.

Cleveland went on the road and got thrashed by a 3-9-1 Arizona team on Sunday giving the Browns their second loss in three games and completely dousing their chances for a playoff berth.

Kitchens is on the hot seat, no questions asked, and when he was asked about his future in Cleveland following the loss, the first-year head coach had a rather interesting answer.

Freddie Kitchens, on his future with the Browns: “I don’t care about my future as a Browns coach. I’m gonna show up Monday and do the best job that I can do Monday and that’s tomorrow. That’s the only thing I can control."

I think it’s easy to understand the point Kitchens is trying to get across here as he’s ultimately saying he’s going to keep his head down, work and not think about his personal future, but yikes, saying ‘I don’t care about my future’ are some choice words.

The Browns and Kitchens, particularly this quote from him, were talking points on ESPN’s ‘Get Up’ on Monday morning as you can imagine. Rex Ryan did not hold back when discussing what Kitchens said saying ‘after that comment, you’re damn right he should be fired.’

This certainly isn’t the first time that Ryan has ripped on the Browns this season. Earlier this year he even called Baker Mayfield ‘overrated as hell.’

The question that needs to be asked here is whether or not Ryan may be playing some sort of game here by saying Kitchens needs to go all while he’s the one gunning for his position. One would assume that Ryan’s name would be in the mix if Kitchens does get fired and the 57-year-old would likely jump at the opportunity if offered the job.