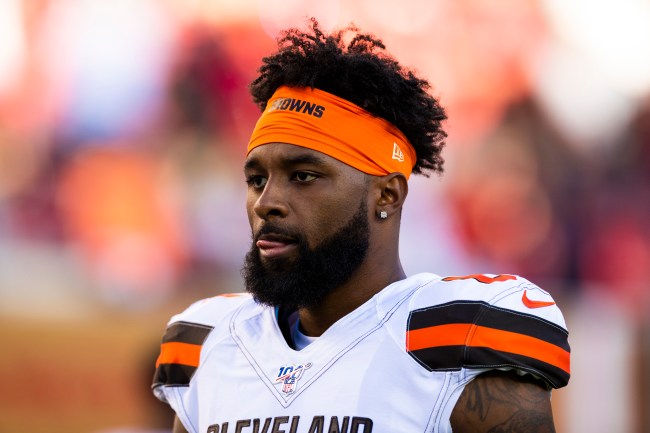 The Browns continued to be the Browns on Sunday in more than one way. First and foremost, they got throttled by a 3-9-1 Arizona Cardinals team. That’s bad enough, but that’s not all that went on, Jarvis Landry decided to yell at head coach Freddie Kitchens on the sideline during the game as well.

Jarvis Landry gets in Freddie Kitchens face and tells him "that's f***** up"pic.twitter.com/TkAfTdzRLW

Reporters, of course, asked Landry about what he was yelling at Kitchens and he explained that he was simply asking for the ball.

There’s no denying that Landry’s frustrations were more than warranted. His team was getting whipped out on the field on both sides of the ball by a bad Cardinals team. Add that to the fact he had just two catches for two yards at halftime before finishing the game with five catches on eight targets for 23 yards and you’ve got one frustrated wide receiver.

It’s never a solid look when a player gets into it with anyone on the coaching staff, but this is a pretty solid representation of just how bad this season has been for Cleveland.

With their loss on Sunday, the Browns now have the longest active streak without a 10-win season in the NFL.