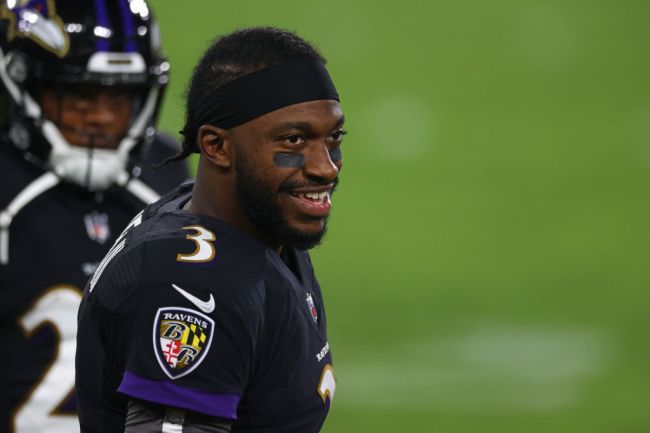 Former NFL player Robert Griffin III has been an excellent NFL analyst for ESPN since joining the network but his tweets continue to be absolutely terrible.

On Sunday afternoon, New Orleans Saints QB Jameis Winston had himself a solid game by throwing 5 TDs in a blowout win against the Green Bay Packers.

After the Saints game, RG3 tweeted out this absolutely bizarre tweet that referenced Winston’s crab legs incident at FSU.

After beating Aaron Rodgers and the Packers, Jameis Winston is now requesting strategy meetings with the Saints brass and demanding 5 crab legs, 1 for every touchdown he threw, be placed in his locker every day for consumption since he ate a W. pic.twitter.com/b60GqJdCPl

RG3 tried to explain his tweet and people were still confused.

Was this supposed to be funny? RG3 is going to get slapped next time they’re all in the Heisman House. Did you ever throw 5tds in an NFL game? No, & that’s why you were 2nd color commentator during @UAB_FB at @GeorgiaFootball yesterday. #Lame https://t.co/znCTBQmUMb

I read it out loud and it didn’t help https://t.co/7Qh7KDu0Ck

the only people still making jameis crab leg jokes are the corniest mfs alive so seeing RG3 posting this makes me feel all is right in the universe https://t.co/ffugfWKiuK

You had a bad tweet. It's okay. You don't have to try to pretend your tweet had some deep meaning behind the joke. https://t.co/jcxZlcMoFt