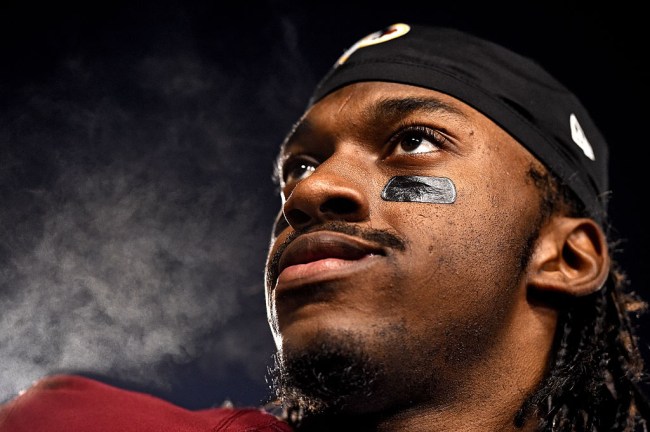 The Washington Redskins are apparently planning on moving on from Kirk Cousins after the team traded for Kansas City Chiefs QB Alex Smith and signed him to a long-term deal.

The biggest domino here? The Redskins trading for Smith almost certainly means the end of the Kirk Cousins era in Washington.

The Washington Redskins are making major waves in the quarterback market ahead of Super Bowl LII and are trading for quarterback Alex Smith, according to a report from Terez Paylor of the Kansas City Star.

Cousins, who has been scheduled for free agency each of the last two years, played under the franchise tag in the last two seasons, meaning he had just a one-year guaranteed deal. It was strongly believed the Redskins would either transition tag Cousins or franchise tag him, but now it looks like the quarterback will waltz into completely unimpeded free agency.

Robert Griffin III, the quarterback who was replaced by Kirk Cousins in Washington, fired shots at his former team after the Alex Smith trade went down.

Big moves being made sheesh

Some how…Some way…they will blame this on me. No doubt 🤷🏾‍♂️

Nobody thinking about you bruh

You’re a bum. If you could of learned to slide you’d still be playing.

Nah man. You stunk. I think we’ve all moved on. Probably time you did too.

It’s easy to see why RG3 is still salty at the Redskins. Griffin was once was viewed as the future of the franchise, but after suffering a couple of knee injuries, and then getting into a public beef with former head coach Mike Shanahan who preferred to start Kirk Cousins at QB, RG3 was eventually forced out in Washington.