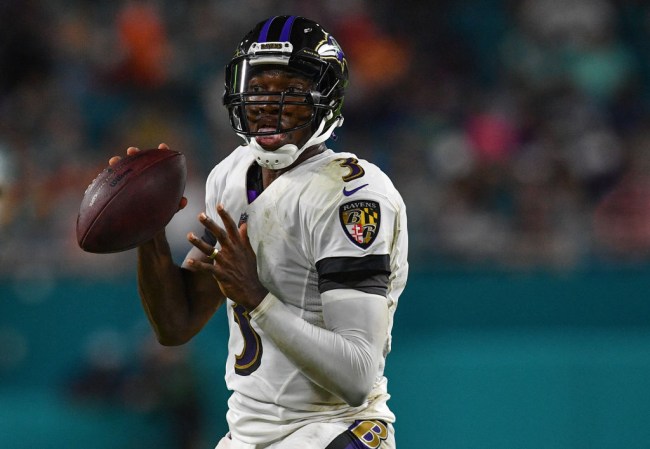 My favorite thing on the internet this week has undoubtedly been the tragedy that is Robert Griffin III’s haircut.

The Baltimore Ravens could-be starting quarterback has made nearly $30 million in his six years since entering the league, but evidently still cuts his own hair. The 28-year-old recently made public what is otherwise a lovely photograph with his new wife, Grete Sadeiko.

Got RG3's Christmas card in the mail pic.twitter.com/VDvQ9HGx7Y

The obvious problem here is RGIII’s hair lineup, which looks like a rattlesnake having a seizure.

Hundreds of people commented on the atrocity, and I genuinely laughed out loud at this one:

This is the first time in my life I've ever seen a black man with a racist haircut. https://t.co/5Tm2oJNFdu

RGIII himself has weighed in on the issue by providing an alternative angle of the haircut. Somehow it’s even worse.

Yo barber, his barber, no barber, don’t matter I live life over the edge 😂 pic.twitter.com/WS6YWAywoi

RGIII, we’re all glad to see you’re keeping a sense of humor about it but you have yet to give the people what they need: An explanation.

Instead, you’ve only created another opportunity for people to pile on. I hope this saga never ends.

Bro just line yo shit up, its not that deep

Reports are swirling that we could see RGIII under center for the Ravens game against the Chiefs Sunday. Luckily, he’ll be wearing a helmet.