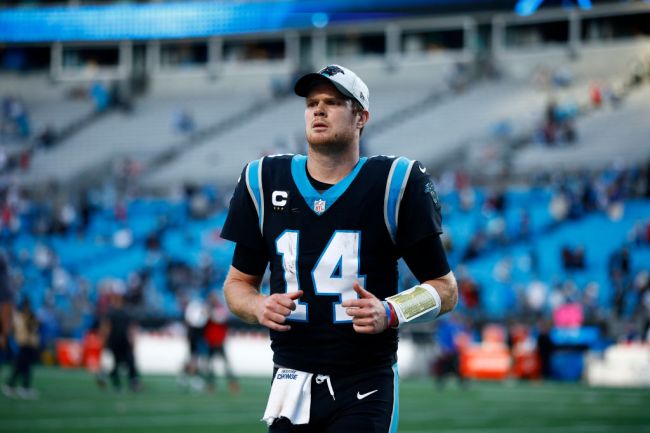 Throughout this NFL offseason, there have been plenty of questions about the quarterback situation for the Carolina Panthers.

Back in April, offensive coordinator Ben McAdoo said he believed Sam Darnold was the team’s starting quarterback before retracting the statement. Then the team drafted Darnold’s replacement in the 3rd round.

Throughout all of this, the Panthers have also been linked with a potential trade for Baker Mayfield. This has left many wondering what exactly the Panthers’ quarterback situation is going to look like in Week 1.

Matt Rhule on Sam Darnold: "If we played today, Sam would be our quarterback."
Says if they can make a "significant" upgrade, they should do it. But the players already here also can improve.

Football fans already knew that Darnold would be the Week 1 starter if the Panthers didn’t add a QB to the roster, but it is seemingly becoming more and more likely that the Panthers are going to trade for Baker Mayfield before the start of the season.

He even made sure to throw in the part about potentially trying to make a significant upgrade to cover the possibility of that trade.

Not overly committing to Darnold as the starter beyond today is a move that makes plenty of sense for the Panthers coach, who currently finds himself on the hot seat after a disappointing first 2 seasons.

He would surely prefer to be fighting for his job with Baker Mayfield as the team’s starter over Darnold given Baker’s role in turning around the Cleveland Browns franchise. However, he still needs to show public support for Darnold, who he would end up with as his starter if the Panthers don’t trade for Baker.

Maybe some time soon Rhule will be able to name somebody else the Panthers’ starter.