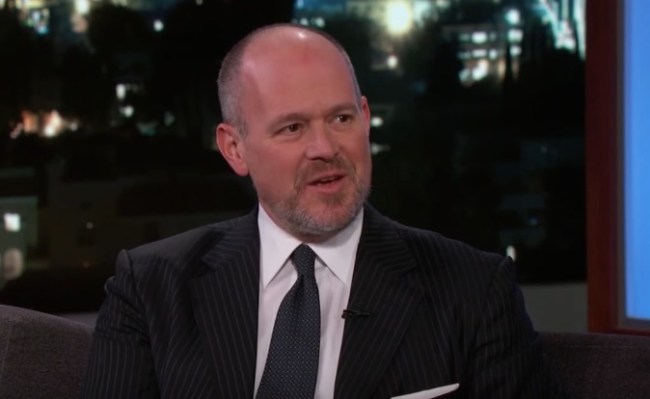 Rich Eisen hasn’t been able to watch the Super Bowl commercials for approximately 15 years. This year’s game will be his 15th with the NFL Network. While he’s on the field up until a few hours before kickoff he’s nowhere near a TV. Should we feel bad for him that he doesn’t get to see the commercials? Hell no. He understands that he still has the best job around.

As a guest on Jimmy Kimmel Live last night, Rich Eisen spoke about not getting to see the Super Bowl commercials for the past decade. He also jumped into a great euphemism for Philly and New England football fans. Jimmy started the discussion by claiming he wasn’t sure whether to call this collection of fans ‘the best or worst fans’ in sports and Rich went on to explain that it’s all about the inflection in this matchup and how you say ‘most enthusiastic’ because it’s really just another way of saying Philly and Boston’s fans are the ‘biggest a-hole fans’.

People who spend their lives in front of a TV camera always make for the best TV interviews themselves. This is fact. Beyond the aesthetics of them always knowing where to look, keeping eye contact, and not fumbling over their words. They interview others for a living and they know the ebbs and flows of interviews better than anyone else. Rich Eisen’s interview on Jimmy Kimmel Live last night was proof of this.