Richard Jefferson Destroys Gilbert Arenas In Response To Comments About Him 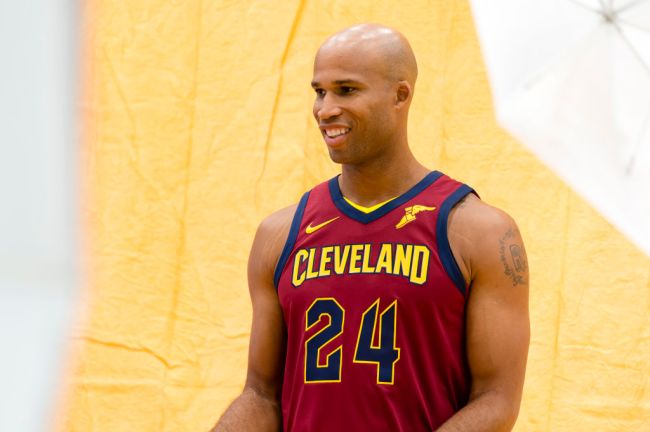 Richard Jefferson has completely lost his filter this week. It has been a week filled with him bodying anybody who crosses his path.

Earlier in the week, Jefferson absolutely bodied Kendrick Perkins while talking about each of their retirement. Now he turned his attention to a former college teammate.

Gilbert Arenas discussed Jefferson in an interview, question why his former University of Arizona teammate was drafted ahead of him. Richard Jefferson didn’t take too kindly to the line of questioning.

Gilbert Arenas deserved everything he got here after calling Jefferson out for the being the “third or fourth option” on their Arizona team and it seems like he deserved to drop to the 2nd round based on what Jefferson had to say here.

Sometimes all you need to do in life to succeed is not do anything stupid. It seems Arenas was unable to do that and it really isn’t much of a surprise given how the end of his career played out.

Now I really just want to know what it was that Jefferson was talking about when he brought up what Arenas was doing the night before U of A’s national championship loss.

If Jefferson felt comfortable revealing that Arenas told every single one of his potential employers that he wanted to be a pimp, then what could he have had to hold back about that night.

Richard Jefferson managed to carve out a lengthy NBA career for himself and in retirement it looks like he’s turned himself into a TikTok user worth following.