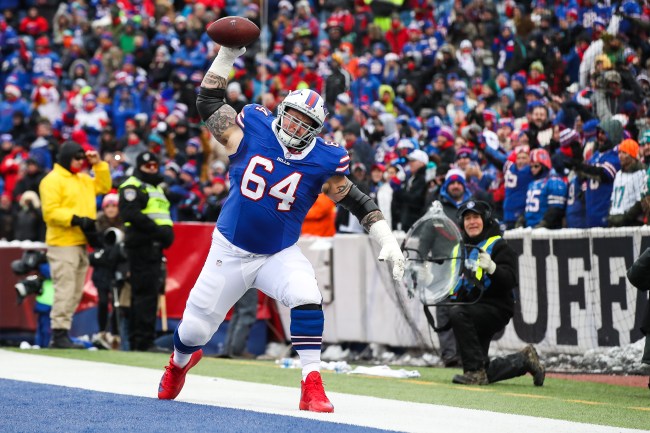 If there was one NFL player to fire his agent via social media, it would have to be Richie Incognito, right?

The 34-year-old offensive lineman cut ties with agent David Dunn and the firm that has represented him throughout a career–and through all his bullshit (see the bullying scandal in Miami and allegedly hurling a racial slur at an opponent.)

@AthletesFirst You are Fired! I wish you guys nothing but the best moving forward. Thank you for all of your help and guidance along the way. It’s time for me to go in a new direction ✌🏼

If that tweet sounds a bit Presidential, that may be by design. Incognito is a Trump guy.

On my way to the @realDonaldTrump rally. Let's make America great again!!!

Incognito’s breakup with Athletes First–a firm that represents NFL names like Josh Norman, Carson Palmer, and Clay Matthews–comes in the wake of the four-time Pro Bowler restricting his contract in Buffalo. According to Pro Football Talk’s Darin Gantt, the restructuring cut his base salary from $6.325 million to $3.65 million, while tacking on a $1 million roster bonus and clearing up $1.675 million in cap space for the organization.

BUFFALO! I’m thrilled to be returning this season and fired up to get back to work with my #BuffaloBills brothers. I truly believe in the vision and the path we are on. We have all that we need to finish what we started #honored #letsdothis pic.twitter.com/NtWgkZO9F0