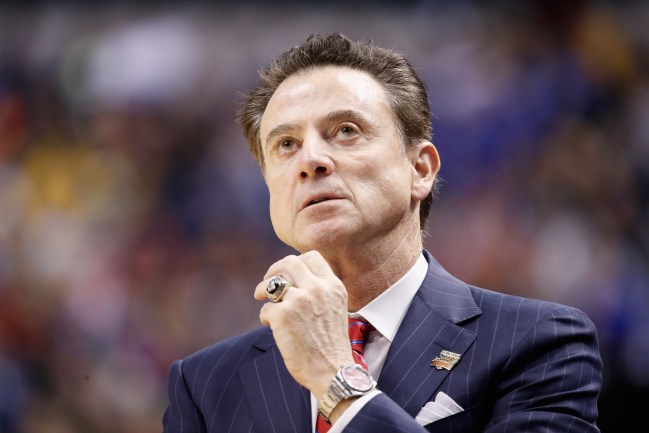 Rick Pitino may have spent just one season as the head coach of the Panathinaikos B.C. team in Greece, but it was a rather eventful one. Not only did he lead the team to a Greek Cup Championship in 2019, he witnessed a lot of bizarre things.

He led off his list of stories talking about Giannakopoulous casually threatening the lives of all the referees and the women in their lives after his team won a game.

“My wife says to me you have to go basketball is in your blood. She wakes up on Christmas Eve and says you can’t go. I said ‘why?’ She says, ‘I just googled the owner [Giannakopoulos]’. ‘So what does it say,’ Pitino asked. “‘It said he was fined $300,000. After a victory, he went into the official’s locker rooms and threatened the mothers, the daughters, the sisters of all the referees. And told the referees they would not get out of Greece alive.'”

Yelling at the referees and threatening their lives is one thing, but Pitino then went into a story that put some things into perspective about just how stressful this man’s life is and how crazy some of the Greek rivalry games are. This story involves the owner, a fan, and a hand grenade.

“First and foremost. your bench is shielded with bulletproof glass. And then you have a net around the court so the hooligans can’t throw things. You have certain sections at Olympiacos as well as Panathinaikos. And this year, my owner had to leave at halftime because he was threatened with a guy holding a hand grenade. The guy had a hand grenade if he didn’t leave. You are walked in with a 100 policemen with shields, as you are walked in the arena.

Bulletproof glass surrounding your team’s bench? Fans walking around with hand grenades? Greek basketball is not to be messed around with.