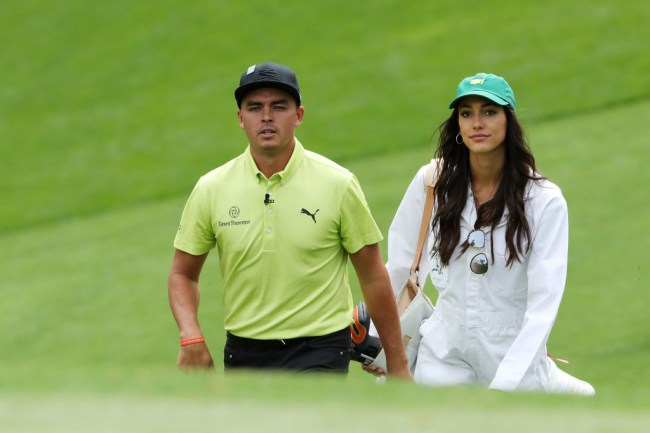 Rickie Fowler and Allison Stokke got married on a beach in Cabo a couple of weeks ago and now they’re living their best lives flying around the world on a private jet; and it’s not just any private jet, it’s Puma’s private jet.

On Monday Fowler posted a few photos on Instagram showing off the jet and their destination. He doesn’t mention where they flew to, but it looks like South Africa in the pictures.

A post shared by R I C K I E (@rickiefowler)

As you can see in the post, Fowler tagged his top sponsor in the caption. Darren Rovell of The Action Network then did some investigative journalism and discovered that Puma lent its Gulfstream V to Fowler and Stokke to fly around for their honeymoon.

That’s definitely up there with the best wedding gifts ever. I guess that’s the kind of gift you get from Puma when you’ve been rocking its gear on the course for over 10 years.

Flying on a private jet for any occasion is special and rare, but to fly one halfway across the world as part of your honeymoon is some next-level stuff.

Fowler’s honeymoon seems to have gotten off to a better start than mine did a year ago. We had to run through London Heathrow in about 45 seconds to catch our connecting flight to Glasgow and somehow my wife got through the gate without scanning her ticket which cause all hell to break loose for a few minutes.

So, 2019 has been a pretty strong year for Fowler. He snapped a two-year winless drought back in February, he got married to his long-time pole vaulting girlfriend and now he’s flying around on Puma’s private jet.