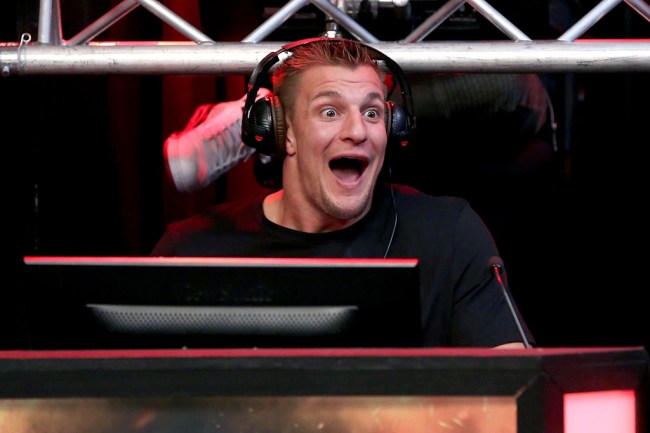 On Sunday morning, Rob Gronkowski said that he has a “big announcement” to make. The potential return of the talented tight end delighted New England Patriots fans, but others were doubting that Gronk’s announcement has anything to do with an NFL comeback.

In an Instagram video, Gronk said he will make a “big announcement” on Tuesday morning at 9 AM, but he did not give many details. “I have a big announcement to make. I can’t wait to drop it on all of you,” Gronk said in the video.

Gronk says he has a "big announcement to make" on Tuesday… 👀 pic.twitter.com/wRyol0X0jp

“I have a big announcement to make. I can’t wait to drop it on all of you. It’s gonna be fun, it’s gonna be wild, it’s gonna be a good time,” Gronkowski said. “Come check out my Instagram page this Tuesday at 9:00 A.M. to hear the news. Lets go.”

Gronk, who is only 30-years-old, has yet to file his retirement papers with the NFL. The deadline to qualify to play this season is Saturday, November 30, the day before the Patriots’ Week 13 game against the Houston Texans.

This comes less than a week after Robert Kraft reportedly told Gronkowski that he wants him to return to the New England Patriots for the team’s playoff run.

The Patriots are currently the AFC East leader with an 8-1 record heading into Sunday’s game against the Philadelphia Eagles.

However, before Patriots fans get too excited, the last time Gronk made a surprise announcement in August, it turned out to be a way to get promotion for his new partnership with CBDMedic.

Gronkowski hasn’t been seen working out or preparing for an NFL return. Gronkowski said that it would take him a month to train and be in NFL-ready condition.

Last month, Gronkowski said he has no desire in playing football ever again.

On Sunday morning, Gronkowski was on FOX NFL Sunday in his best bowtie and talking about how he “loved dominating” the Buffalo Bills.

🗣 I felt like a child going up against the Bills @RobGronkowski did not hold back 🤣 pic.twitter.com/1gZ2DMnwk8

On Instagram on Sunday, Gronk said: “Being an analyst is the best, especially when they let you throw footballs in the studio. Always having fun on set!”