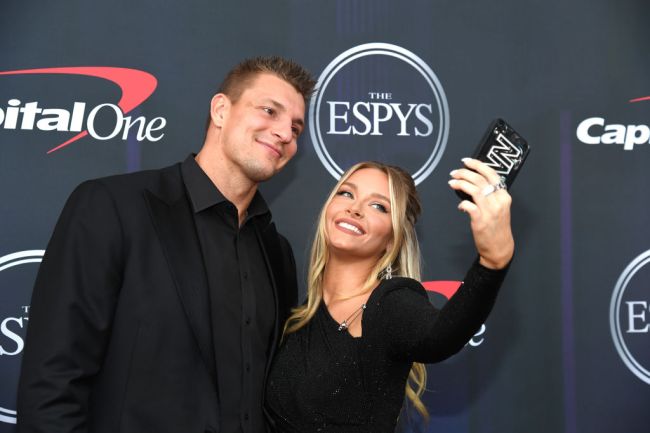 Kostek shared that Gronk is a huge fan of SI Swimsuit 2021 rookie Tanaye White. The four-time Super Bowl champ got to know White when he crashed a shoot her and Kostek were doing down in Miami.

The story involves a dog, as most good stories do.

“So he told me that that’s his favorite model because she’s so great with Ralphie,” Kostek explained. “So Rob loves Tanaye.”

Obviously Kostek is joking in saying that White is Gronk’s ‘favorite model’ but then again, who knows, this is Gronk we’re talking about here. He operates a bit differently than anyone else.

Gronk and the Bucs are starting their Super Bowl defense this week as NFL training camps get underway around the league. After coming out of ‘retirement’ last season to team up with Tom Brady in Tampa Bay, Gronkowski finished the year with 53 total catches for 733 yards and nine touchdowns.