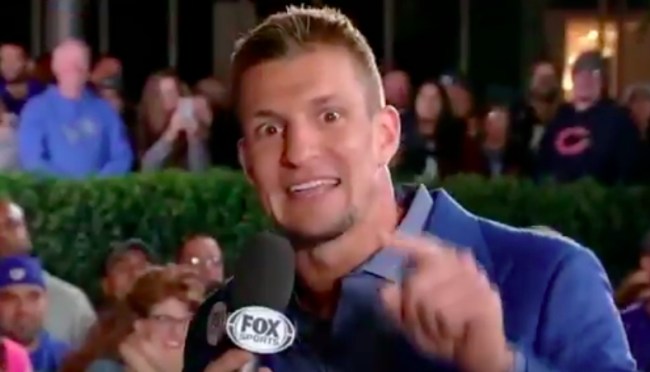 Imagine Gronk being called into the executive suite at Fox before his debut as an analyst on Thursday Night Football. He is wearing a cutoff sleeveless belly shirt and has Camille Kostek around his neck like a boa constrictor. He is shaking a protein shaker bottle that reeks of Captain Morgan.

Fox Exec: Robert, really happy to have you on board, but we are a humorless outlet that thrives on the mundane. Sooo no 69 talk, kapeesh?

Gronk: But, how come Troy Aikman is allowed to rip a bong to the face in the booth?

“He’s furry. He’s cute. … Most importantly, whenever he gets the chance, he gets that nut.”

There is no chance Gronk was not referring to Edelman laying pipe when he said this. I mean, look at these animalistic eyes. 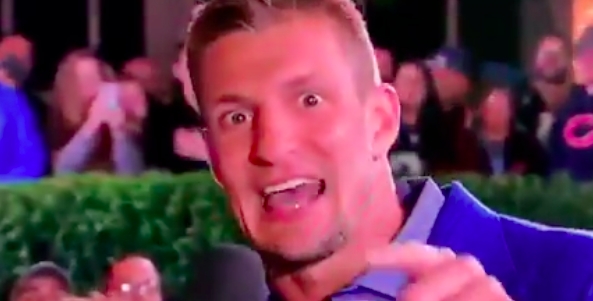 Gronk is out here playing by the rules while also finding loopholes his first day on the job. This is veteran shit, especially for a guy whose had 20 concussions.

Gronk just looked America in the face like this and said “get that nut” pic.twitter.com/27w9ddhU4x

Gronk with the unbuttoned jacket , jeans , talking about getting nuts … never change brother

Don’t get used to life in the booth, big guy. See you on the field Week 14.