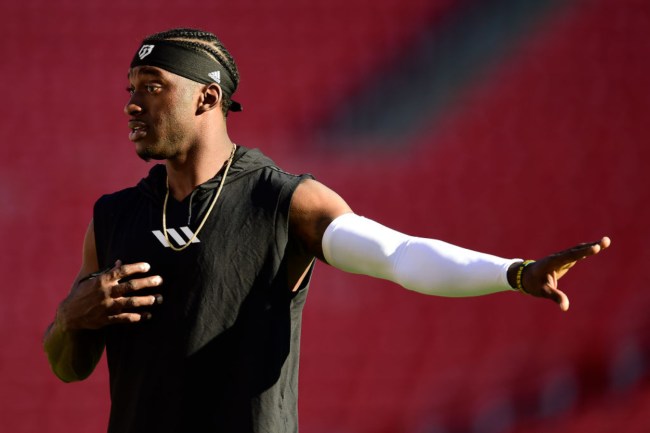 Robert Griffin III has announced that he has a new book coming out titled ‘Surviving Washington.’ According to the former NFL quarterback, the book will walk readers through the dysfunctional franchise that is now the Washington Football Team and formerly the Washington Redskins.

Griffin III, who was drafted second overall by Washington in 2012, explained during his announcement video that he will “open your eyes to the sexual harassment that permeated the walls of that building.”

Incriminating emails regarding an investigation involving the team’s cheerleaders were also discovered in April of 2021.

While fans initially thought that Griffin III would be exposing the sexual harassment of others, his wife Grete revealed that he’ll be detailing “his own experience with sexual harassment” while in Washington.

Griffin III clearly wants people to buy his new book and read about his past experiences instead of simply sharing them on social media.

While the teaser video from Griffin III about the book is enticing, and the book very well may be an eye-opener on a lot of fronts, NFL fans were quick to call out the former Heisman Trophy winner on Twitter.

Earlier this season when Washington was dealing with injuries at quarterback, RG3 tweeted ‘Make The Call’ with a video of himself playing for Washington signifying he wanted an opportunity to play for the franchise again.