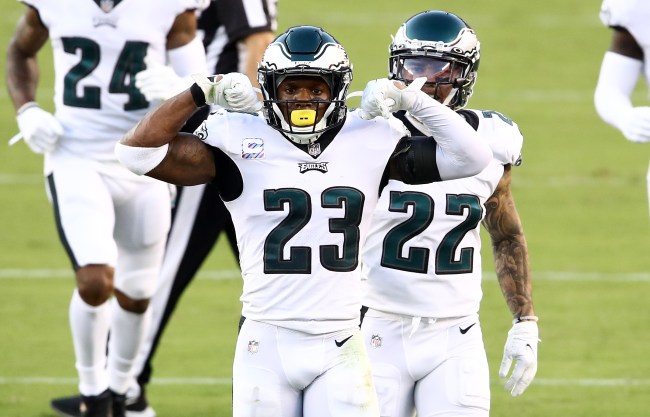 Eagles safety Rodney McLeod is one of those guys, with the added chip of being undrafted out of Virginia. Just ask Emmanuel Sanders when he’s done screwing his head back on.

We spoke with the Super Bowl champion on our Endless Hustle Podcast and asked which running backs he’s encountered in his eight seasons in the league that are built Ford tough.

When it comes to the toughest opponents he's ever faced in the game, @Eagles safety @Rodney_McLeod4 says @AdrianPeterson, @MoneyLynch, @saquon, & @EzekielElliott have his number.

Who remembers this incredible touchdown when the @Vikings came to @wembleystadium back in 2013? 🇬🇧 pic.twitter.com/8LD1lta6pr

Another strong runner. Violent. We’ve seen all his highlights. The “HOLD MY DICK!” and all that. Do not hit him high. You cannot do that. Don’t do it.

This run is like Home Alone. Seen it a million times, but will never stop.

New school. Saquon is so dynamic and he reacts to it all. If he decides to go low on him, he hurdles you at the last second and has the speed to separate.

Zeke is just physical. Does a real good job at kind of torquing his body and his ability to be able to absorb hits I think is what makes him good.

Rodney’s my dude, but these photos are art. 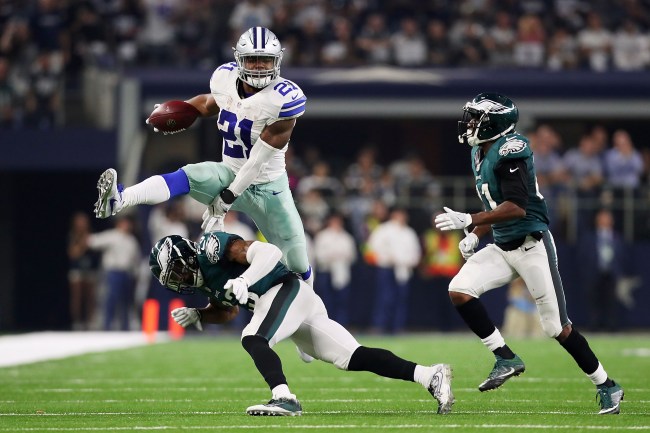 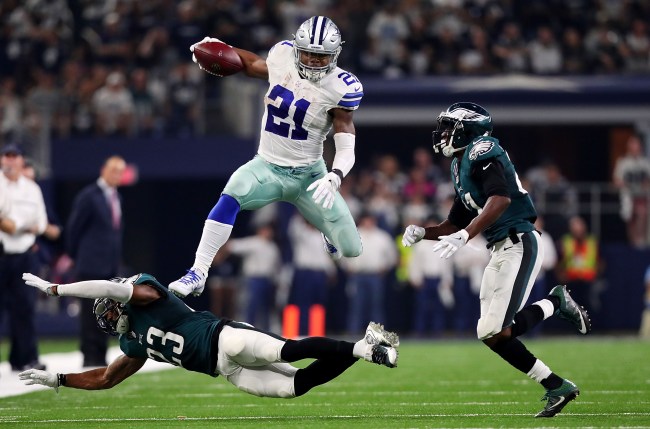 Listen to the entire conversation with Rodney McLeod and Ini Ikpe below.

Subscribe and review so our parents are proud of us!