Roger Clemens Not Worried About Getting Into Hall Of Fame: ‘I Played The Right Way’ 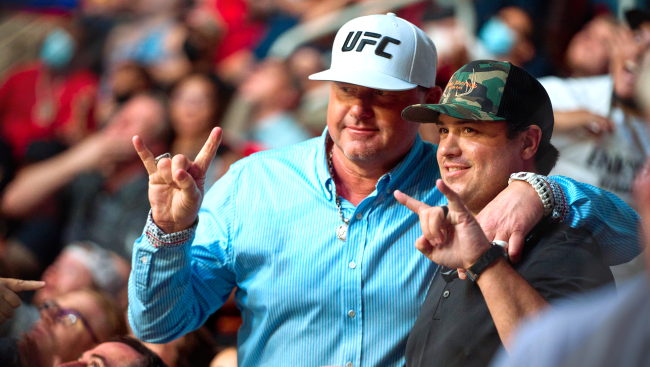 Roger Clemens is currently the only eligible pitcher with 300 career wins who has not been inducted into the Baseball Hall of Fame. The 11-time All-Star and two-time World Series champion first became eligible for enshrinement in 2013, but has fallen short of the 75 percent of the vote needed to receive the honor.

The reasons for that are tied up in the fact that Clemens (1) wasn’t the most congeninial player to ever suit up in MLB, and (2) because, despite being found not guilty of lying to Congress in 2008 about taking performance-enhancing drugs (he was facing up to 30 years in prison and a fine of $1.5 million), almost no one in baseball believes that he didn’t.

When you use PEDs you admit your not good enough to compete fairly! Our nations past time should have higher standards! No Clemens no Bonds!

This week, Clemens addressed the fact that his eligibility to be elected to the Baseball Hall of Fame is rapidly running out.

“I never played the game to worry about being a Hall of Famer,” Clemens said, reports the Fort Worth Star-Telegram.

“The guys who vote for me is great — they’re the ones who look at the details and the facts and understand exactly everything that went on. We did it the right way. I played the right way. I poured my heart into a game I love. I’m glad my boys are playing.

“The day kind of comes and goes now.”

The most votes Clemens has gotten in the nine years he has been on the ballot came in 2021 when he received 61.6% of the votes. Not that he cares.

“I don’t care one bit about it,” said Clemens. “Someone didn’t vote for Derek Jeter. One of my good friends and teammates with the Red Sox, Jimmy Rice, got in on his 10th year. I always teased him, ‘Dude, how did you get better all of a sudden? Did you go play semi pro ball and hit another 100 homers?’

“It’s great. I love the Hall. Just recently my good country buddy Toby Keith went up there and they pulled out all of my stuff from different games — the 300 win game, stuff like that. I have a lot of cool stuff up there. My friends go up and look at it and they’ll text and send it to me. It’s cool. If it happens, it happens.

You just keep telling yourself all of that, Roger.