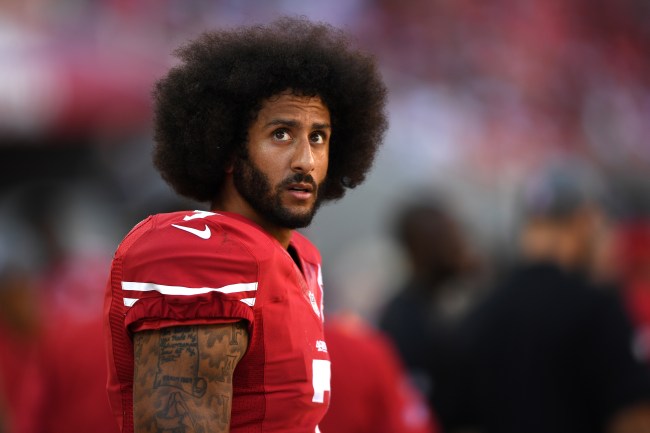 According to a new Harris poll, a majority of Americans believe NFL commissioner Roger Goodell owes Colin Kaepernick an apology for the way the quarterback was treated by the league for protesting police brutality by kneeling during the anthem.

The poll was conducted after Goodell released a video where he admitted the NFL was “wrong” for not listening to players last week.

Harris surveyed more than 1,000 people last week after a group of NFL players challenged the NFL in a powerful video to condemn racism and support black players. A day later, Goodell released his own video on Instagram and said, “We, the National Football League, admit we were wrong for not listening to NFL players earlier and encourage all to speak out and peacefully protest.” Goodell’s mea culpa failed to mention Kaepernick by name.

The Harris poll also concluded that many felt Goodell’s video statement to be “insincere”.

The NFL got middling grades overall from the public. Two-thirds of respondents said Goodell’s statement felt insincere and was done just for publicity, while 53% felt it was “too little too late.”

The poll comes as a growing number of current and former players including Terrell Owens have called on the NFL to apologize to Kaepernick in recent weeks.

“We wouldn’t be here right now if [Kaepernick] didn’t do what he did,” . “It’s all come full circle. I’m standing in the gap right now for my brother, and they owe this man an apology.”

“He needs an opportunity to get his job back,” Owens said. “This guy was stripped of his life. You can’t tell me that he is not capable of playing in the National Football League right now.”

Goodell didn’t mention Kaepernick by name when he made his video statement to players last week so it’s unclear if the league would ever consider apologizing to Kaepernick.