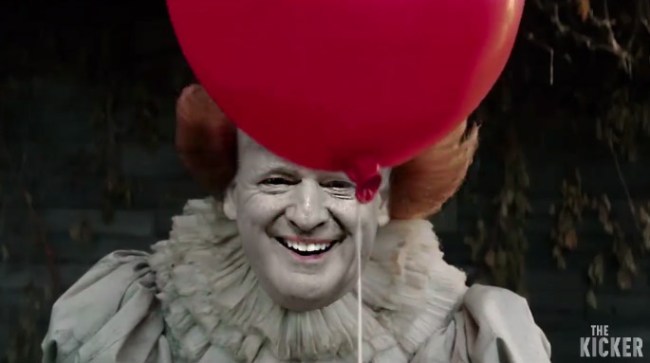 New England Patriots fans have been calling NFL Commissioner Roger Goodell ever since a t-shirt portraying him as one showed up at their Super Bowl victory parade back in February.

So with Stephen King’s IT movie breaking box office records and starring a creepy clown the folks over at The Kicker connected the dots and went ahead and inserted Goodell into a parody trailer of the film playing, you guessed it, the sadistic clown Pennywise.