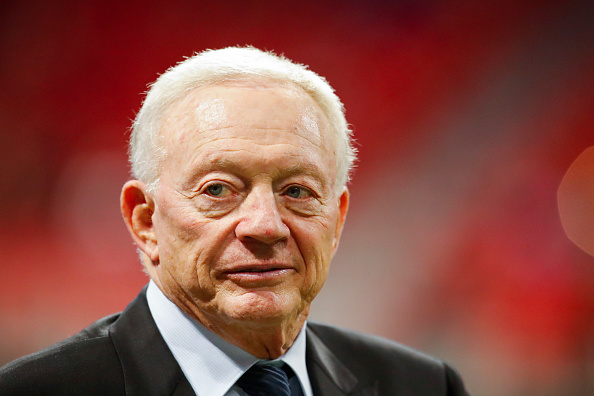 Last year, a furious Jerry Jones did everything in his power to prevent Roger Goodell from getting his contract renewed after the NFL commissioner ruled against him by suspending Ezekiel Elliott for six games.

In November, Jones hired the high-profile lawyer David Boies and said he was prepared to sue the six owners on the league’s compensation committee, which had been working for months on extending Goodell’s contract. Jones also lobbied loudly for running back Ezekiel Elliott not to be penalized, and reportedly tried to influence league officials deciding his case. Elliott had been suspended by the league for six games before the season after the N.F.L. investigated domestic-assault allegations.

Now that Goodell has a big fat contract it seems like he and the rest of the NFL owners are about to exact some good old fashioned revenge on the outspoken Cowboys owner. According to a report from the New York Times, Goodell is set to hit Jones with an enormous fine worth millions of dollars for his actions during Goodell’s contract negotiations which have been deemed “detrimental to the league” by the commissioner.

With the support of many N.F.L. owners, Commissioner Roger Goodell is prepared to escalate his public feud with Jerry Jones, the owner of the Dallas Cowboys and long one of the most influential people in the league, by fining him millions of dollars for his efforts to derail negotiations to renew Goodell’s contract and for his outspoken defense of a star player who was suspended, according to five league officials with direct knowledge of the situation.

The punishment will be issued in the coming weeks by Goodell, who will declare that Jones’s actions were detrimental to the league, which rarely shows such acute signs of acrimony among owners and the commissioner’s office.

Jones will be ordered to pay the legal fees that the committee incurred defending itself, as well as the legal expenses the N.F.L. spent defending its decision to suspend Elliott.

It appears that Goodell didn’t really want to fine Jones but the a good amount of NFL owners urged him on because they’re still pissed at the way Jerry went about things during Goodell’s contract negotiations.

Goodell has been reluctant to be seen as exacting retribution for the way Jones tried to sabotage his contract talks, but he was urged to bring the penalties by several owners who believed that Jones had crossed an unspoken boundary by threatening his colleagues.

Gotta hold on to that L Jerry.