Cleveland Guardians May Have To Pay Big Money To Roller Derby, But One Claim Could Help Discredit Lawsuit 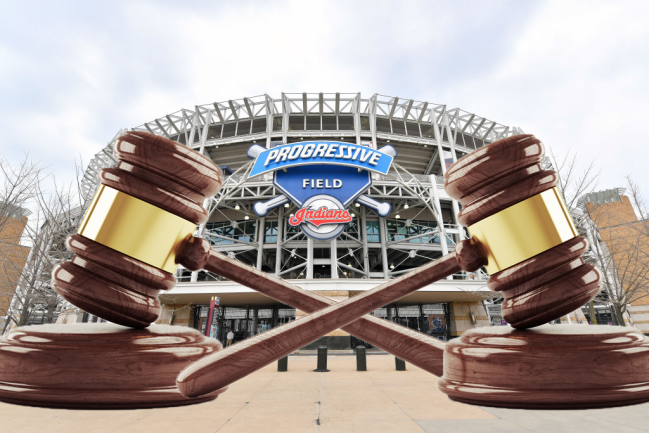 In the lawsuit, the Cleveland Guardians roller derby team says that the MLB organization is trying to bully its way into using their name. It is also claiming a “common law” trademark for using the branding in northeast Ohio since 2013, more than seven years before the baseball team announced that it was even considering a name change.

“It is inconceivable that an organization worth more than $1B and estimated to have annual revenues of $290M+ would not at least have performed a Google search for “Cleveland Guardians” before settling on the name, and even a cursory search would have returned Plaintiff’s website (www.clevelandguardians.com) as the first ‘hit,’” the suit states.

The lawsuit comes on the heels of a lengthy back-and-forth between the two parties. Derby team owner Gary Sweatt says that he reached out to the MLB team’s lawyer with hopes of striking a deal for the naming rights.

However, he says that the baseball organization “only offered to pay a nominal amount, likely no more than fifteen minutes of annual team revenue.”

"Likely no more than fifteen minutes of annual team revenue."

I get that this is to avoid disclosing confidential communication, but what's 15 min of revenue? pic.twitter.com/mEw0L0qAEm

When negotiations came to a halt earlier this week, Sweatt and the roller derby team filed suit to halt the change.

Prior to the naming rights deal discussions, the derby team is accusing the baseball squad of being shady in the months leading up to July’s official announcement. It claims that the baseball team “surreptitiously” filed a trademark for the Cleveland Guardians name “in the small, East African island nation of Mauritius, effectively hiding the application unless one knew where to look.”

The derby team also says that the MLB club reached back out to them and asked for pictures of jerseys and logos. Allegedly, it did so to determine if they were interested in acquiring the roller derby team’s intellectual property.

Not long after, the derby claims that the MLB team filed a trademark for a logo that looks “remarkably” similar to their logo. Take a look:

As part of the issue with the name change, the Guardians derby team claims that it cannot fulfill merchandise orders because supplies believe that the baseball team has rights to the name. It also says that the team website has crashed due to increased traffic.

In fact, the URL alone could cost the baseball team a fortune to acquire.

In the lawsuit, it claims that “two sports teams in the same city cannot have identical names.”

“Economic might, however, does not make legal right. There cannot be two “Cleveland Guardians” teams in Cleveland, and, to be blunt, Plaintiff was here first,” the lawsuit states.

While that is a great question in principle, history would disagree. Take the following teams, for example:

While I don’t have extensive knowledge of how the legal system rules in terms of two teams from the same city with the same name, but history would say that it is okay.

Will that be the case with the Guardians in Cleveland? Can a roller derby team and an MLB franchise co-exist?