Romeo Langford, A Player In The NBA, Forgot Players In The NBA Could Be Traded 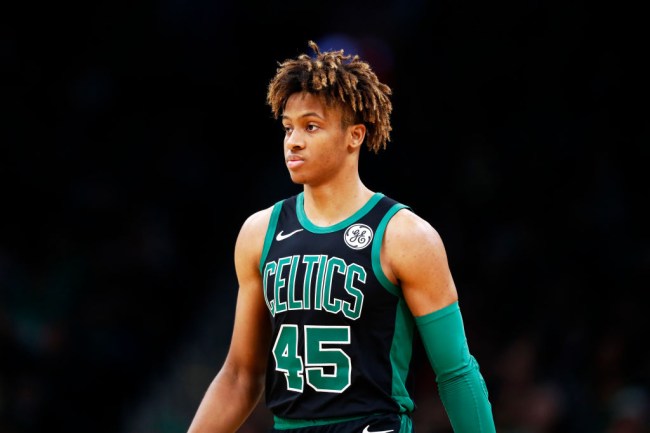 The NBA trade deadline was Thursday, which means plenty of players around the league were nervous they may be dealt to a new team before the clock struck 3:00 PM on the East Coast. A particular player for the Celtics, however, well he wasn’t nervous at all.

Rookie guard Romeo Langford hadn’t had a sit down chat with anyone in the organization that he was completely off the table for a potential trade or anything. He wasn’t nervous about being dealt due to the fact that he sort of forgot he played in the NBA and that trades do indeed happen around the league.

Langford’s confidence didn’t stem from a conversation with the organization (nobody talked to him one way or the other) or a lack of rumors (his name was thrown around in some of them), according to Mass Live.

The possibility of being traded simply didn’t occur to him.

“I forgot I was in the NBA,” Langford said. “Not in the NBA, but like, I forgot people get traded. Thinking like college. If you’re there, you just stay there. … To be honest, I forgot I could be traded. That’s why. I wasn’t even thinking about it.”

That, my friends, is one hell of a quote, but all the props to him (I guess) for completely owning the situation with this statement.

Then again, maybe he started the sentence by saying ‘I forgot I was in the NBA’, immediately heard those words come out of his mouth and his brain said ‘well, shit, you started this, might as well run with it.’

This guy was the 14th overall pick just a few months ago, he’s still getting adjusted to playing in the *checks notes* the National Basketball Association and gets paid by an organization in the NBA, but somehow forgot that players do indeed get dealt around the league.

Have a day, young fella.